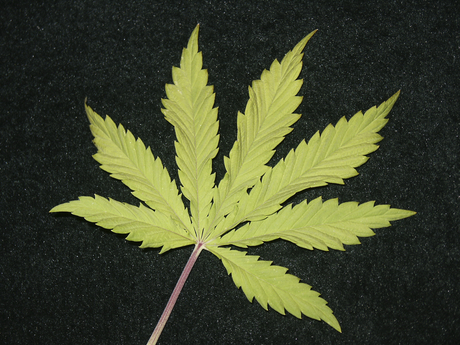 A recent online survey conducted by the National Cannabis Prevention and Information Centre (NCPIC) has found Australian workers believe cannabis use has a detrimental effect on the performance of their co-workers.

The online survey of  almost 2000 Australian workers found 40.3% of those who have worked with a cannabis user think the drug causes reduced motivation at work and one-third think their co-workers’ use of cannabis has resulted in decreased  productivity.

“We know cannabis can have an effect on areas like motivation, reaction time and concentration, which makes it both a blue collar and white collar issue. What we can see from the survey is people working with cannabis users feel the drug is having a very real impact on their workmates, which inevitably affects their own workload and may impact business bottom lines,” said Dr Peter Gates, a senior researcher at NCPIC.

“The reality is, if you are a regular cannabis user, there is a chance your colleagues are going to notice you are letting the team down in key performance areas such as motivation and, in turn, productivity.”

Interestingly, cannabis smokers did not identify the same shortcomings in their work performance, though 15% did indicate effects on motivation and almost 10% reported the overall quality of their work would improve if they quit.

“While cannabis use may not have a big impact on some, it’s not unusual for people who use the drug to overlook or ignore some of the effects it is having on their health, lifestyle or even work. Sometimes a person who is impaired by a drug is not the best judge of their own abilities. What’s troubling is that without identifying the cause of their decreased productivity, it can be difficult to put plans in place to address it successfully.”

Gates said aside from productivity, safety is a major concern if people are arriving at work affected by an illegal substance. With 38.4% of respondents believing cannabis has caused decreased concentration in their colleague, and 31.1% believing it has impaired that person’s ability to perform complex tasks, the dangers point to a very real need to immediately identify and address drug use in the workplace.

“When skills such as concentration, coordination and reaction time become diminished in a cannabis user who is responsible for the safety of their colleagues, it becomes really concerning for everyone at work,” Dr Gates said.

Of note, the data showed more than 80% of respondents reported they would be comfortable talking to a cannabis-using co-worker about their decreased performance. More than half said they would feel comfortable talking to the cannabis user’s manager. Despite this, only 5% of people who identified using cannabis (around 47% of them having been stoned at work) said they had ever been talked to about the impact of cannabis use on their performance. Being able to talk openly to a supervisor about a colleague’s drug use is important, as the user themselves may not feel their work or safety is being affected.

Dr Gates said clear communication about drug use should be a priority in all Australian workplaces.

“Employers need to make sure they have clear drug policies in place at work and that these are not just included in a pile of paperwork during employee induction. Instead, there should be an ongoing dialogue within the workplace so employees understand exactly what behaviour is expected of them and why it’s so important.

“Having access to strong assistance programs to support employees who may be underperforming due to drug use is also very important. There is a vast range of services available for people who use drugs, and making sure employees feel they are able to ask for help is a crucial part of developing a healthy and productive workforce,” he said.

Guidelines for developing a drug policy, induction materials and other ‘drugs at work’ resources are available from the NCPIC website at www.ncpic.org.au.

Individuals who currently have concerns or problems related to their cannabis use can access the free national Cannabis Information and Helpline on 1800 30 40 50.