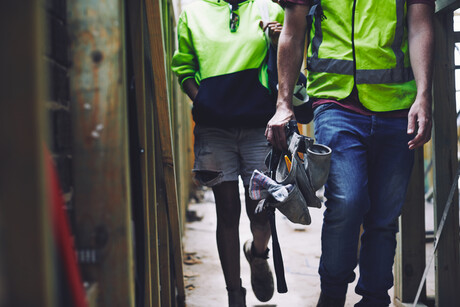 When it comes to substance abuse in the workplace, construction is considered one of the high-risk industries. According to Australian survey data, male construction workers showed a greater prevalence for risky drinking — with more than 60% regularly consuming five or more drinks in a single session, compared to 40% of men working in other industries.1 Young male construction workers are also susceptible to illicit drug use, particularly psychoactive drugs such as cocaine and methamphetamine.2 Even when used outside of work hours, these substances remain a threat to workplace safety.

All persons conducting a business or undertaking (PCBUs) are obligated to manage health and safety risks in the workplace. For many organisations, this includes setting specific policies that address the use of drugs and alcohol, and testing in the workplace.

How effective are workplace drug and alcohol policies?

According to Associate Professor Ken Pidd, who recently retired as the Deputy Director of Research at the National Centre for Education and Training on Addiction at Flinders University, greater emphasis on safety in general coupled with drug and alcohol policies in the workplace has led to a marked shift in the construction industry.

“Over the last 20 years in particular, alcohol use has changed dramatically,” he said.

“When I worked in the industry 30-odd years ago, drug and alcohol use was rampant — people would be working while drunk after visiting the pub at lunchtime, and there were lots of near misses. That culture seems to have died down a lot, but the industry still has a problem with methamphetamine use. Construction workers put in long hours and that sort of drug helps to combat short-term fatigue, so they can still keep working through it and make the big money.”

Does drug and alcohol testing act as a deterrent?

While drug and alcohol testing is a useful tool that employers can use to reduce the risk of substance abuse at work, on its own, it doesn’t necessarily address the problem.

“It’s not a panacea — it only detects a proportion of the risk, because it only detects people who have drugs and alcohol in their system at that time. It won’t detect hangovers,” Pidd said.

“The research shows that hangovers can be as dangerous as if you’re still intoxicated, but the tests don’t really pick that up. What you can also see happening is that illicit drug use drops off, but pharmaceutical drug use increases in its place — because these types of drugs can be more readily explained when they are detected through testing.

“Or positive rates might go down, but just because your positive test rates go down, doesn’t necessarily mean there’s less of a risk. What it could mean is that more people are successfully evading the testing process.”

The importance of education and training

In order to be most effective, a drug and alcohol testing program needs to be combined with proper awareness training for both supervisors and employees. According to Pidd, once a worker tests positive, there needs to be a clear plan in place with an end-stage pathway into rehabilitation treatment.

“If you have a punitive outcome, where you sack the positive workers, it sends the whole issue underground. People won’t talk about it,” he said.

“Some of the research I’ve done suggests that employees are also reluctant to report an intoxicated worker if it means they’re going to get sacked. But if they know that the workplace has a good program to help people into rehab, they’re more than happy to report it.

“So you need some sort of awareness training to make sure everyone is informed. Most people know you shouldn’t come to work drunk, but a lot of them don’t know how many hours after drinking they can safely be at work, or they don’t know about hangovers. They don’t know that pharmaceutical drugs can be an issue. They don’t know how long drugs can be detected in their system by whatever drug testing method is used. And knowledge about all those things helps to improve safety.”

The key to effective supervisor training is boosting communication skills, so that leaders know how to have drug and alcohol discussions with workers and how to encourage them to get help. In addition, supervisors need to be aware of local drug and alcohol services so that they can provide contact details to workers who need assistance.

Where do training programs fall short?

Pidd believes that some programs provided by drug testing companies do not go far enough, because they do not offer true awareness training.

“It’s just awareness of how the testing program itself works. For example, you’ll be asked to do this, and this is the likely outcome. Not necessarily all of them operate like this, but the ones I’ve seen do tend to miss a lot of important information, and the awareness training is not really risk awareness training.”

While there has often been a “war on drugs” mentality in Australia, particularly in the political sphere, Pidd believes this is finally beginning to change.

“People are starting to take notice that drug and alcohol addiction is an illness, it’s not a criminal act,” he said.

“You’re much better off with drug diversion programs, rather than punishing people for substance abuse. Drug and alcohol policy needs to be developed through an evidence-based approach, in order to be effective.”