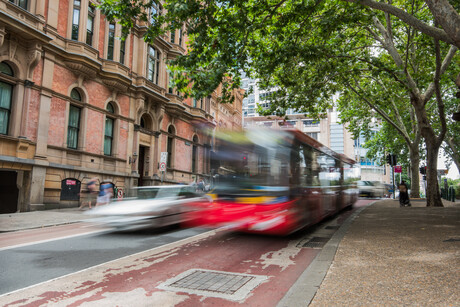 Busways Group is an Australian private bus operator, focused on delivering quality services, innovation and continuous enhancements for clients and communities in its contracted regions. Its core focus is on safety, quality customer service, stakeholder engagement and employee development. Busways first partnered with Alcolizer Technology in 2005, with the purchase of its first Alcolizer breath testing devices. Over the past three years, Busways has upgraded its entire fleet to the latest Alcolizer LE5 breathalysers. When the AS3547:2019 changes were announced, Alcolizer Technology provided Busways with regular updates on the implications of the changes and what they meant for Busways’ alcohol testing program. After a period of consultation, Busways upgraded its fleet to the latest Alcolizer LE5, certified to the updated AS3547:2019 standard. Based on a strong working relationship with Alcolizer Technology and through its positive experience with the Alcolizer LE5 device, Busways committed to trialling the Druglizer LE5 Drug Tester device, for the purpose of undertaking in-house, saliva-based drug testing.

Alcolizer Technology conducted live testing trials with Busways at its depots to demonstrate the performance and benefits of the Druglizer solution, spending time to understand how the devices were utilised and the outcomes Busways required. When combined with the data management tools available from Alcolizer Technology, Busways was able to implement a complete alcohol and drug testing solution integrated with its existing data and reporting requirements. This comprehensive engagement program helped Busways adopt the Druglizer LE5 Drug Tester as its drug testing device of choice. For more than 78 years, Busways has delivered a safe, professional and reliable standard of service. The company currently has a fleet of more than 900 buses and operates bus service contracts for Transport for NSW in Western Sydney, the Central Coast and North Coast and the South Australian Public Transport Authority in Adelaide’s Outer South. With a team of more than 1750 people, committed to transporting more than 26 million passengers each year, Busways takes a proactive approach to public transport delivery to ensure the customer’s journey is as safe as possible.

When Busways expanded into the Adelaide bus market, Alcolizer Technology supported the expansion with the Alcolizer and Druglizer LE5 system, and continues to support the growth of use of Le5 systems in Busways’ north coast depots. The new technology for Druglizer LE5 implemented with this trial required a number of technical enhancements to enable Busways to assimilate the device and its results into existing reporting and management systems. Alcolizer Technology’s commitment to work with Busways and tailor software solutions to meet business needs led Busways to purchase a number of Druglizer LE5 devices and commence in-house, saliva-based drug testing across all depots and offices. The Druglizer LE5 offers Busways three main advantages in its drug testing: speed, accuracy and economy. Using the Druglizer LE5 takes 70 to 150 seconds for a complete test to be performed successfully.

The Druglizer LE5 is electronic and displays accurate results on the device screen, clearly indicating the exact test result as opposed to legacy technology products that display indicator lines requiring interpretation. These lines can also pale, resulting in confusion regarding the result. The Druglizer LE5 has minimal waste, as it uses a chip-enabled cartridge that prevents tests being undertaken on expired cartridges and delivers a fast result, minimising labour and time spent testing. The Druglizer LE5 uses oral fluid, the preferred testing method at Busways; this presents a ‘people friendly’ approach to testing as it is quicker and less invasive than alternative methods, such as urine testing. Alcolizer Technology’s solutions deliver quick and accurate testing, thereby minimising disruptions to employees’ day-to-day routines. All Alcolizer Technology products and services are designed for high-volume demanding industrial environments.

On-site drug testing services in accordance with best-practice procedures are also available from Alcolizer Technology, using the Druglizer Le5 Drug Tester and other testing devices. This provides swift and effective screening of employees for the presence of performance-impacting drugs that might otherwise compromise workplace health and safety, in a manner that is quicker than legacy test methods, with minimal personal intrusion. Alcolizer Technology also provided comprehensive staff training programs to ensure consistent and effective use of alcohol and drug testing technology in Busways’ workplaces. This was supported by a national footprint of Alcolizer Technology service technicians, who assisted Busways when and how they needed it. “Busways is extremely pleased to use an Australian-owned manufacturer and developer in its ongoing commitment to ensuring the safety of its employees and passengers,” said Busways’ Risk and Compliance Manager. “The adaptability, ease of calibrations, reliable service and prompt supply of testing devices together with training and support supported our decision in partnering with Alcolizer Technology.”