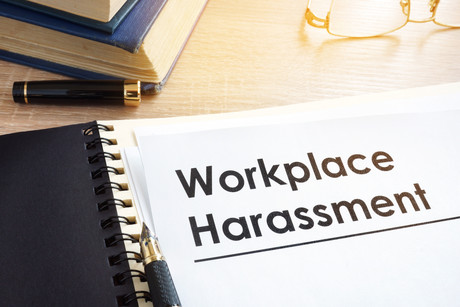 Legal stakeholders are calling for a greater work health and safety focus on sexual harassment, according to Job Watch’s submission to the Australian Human Rights Commission’s (AHRC) National Inquiry into Sexual Harassment in Australian Workplaces.

The submission, released 5 July, follows over 400 others from unions, organisations, legal stakeholders, academics and individuals — including Safe Work Australia (SWA), Work Safe Western Australia (Work Safe WA), the National Union of Workers and Not in My Workplace. The submission aimed to shed light on the nature and prevalence of workplace sexual harassment. Such prevalence was revealed in a 2018 national survey on sexual harassment in Australian workplaces, which found that one in three people had experienced sexual harassment at work in the last five years.

While the model WHS laws do not mention sexual harassment, SWA said it still falls within the laws’ scope. Under the laws, persons conducting a business or undertaking (PCBUs) are required to eliminate or minimise all risks to workers’ and other persons’ health and safety as far as reasonably practicable — where sexual harassment poses physical and psychological risks to people’s health and safety.

This may include changing organisational culture that tolerates or enables behaviour such as sexualised comments or inappropriate physical contact and developing and implementing a well-communicated sexual harassment policy, according to SWA’s submission.

It is important to note, however, that the model WHS laws are not enforceable on their own and are instead designed as a framework for the Commonwealth and Australian states to implement. As far as SWA is aware, to date no prosecutions have been brought for non-compliance with the model WHS laws in relation to sexual harassment. However, SWA does refer to two cases in Tasmania and Victoria where sexual harassment has been considered a WHS issue outright or under common law of duty of care.

SWA points to its Guide for preventing and responding to workplace bullying and Dealing with workplace bullying — a worker’s guide as resources that refer to unlawful discrimination or sexual harassment as unreasonable behaviours. However, it specified that these behaviours do not amount to bullying in isolation.

The guides define sexual harassment as “unwelcome sexual advances, requests for sexual favours or other unwelcome conduct of a sexual nature that could reasonably be expected to offend, humiliate or intimidate”. They also refer readers to the Australian Human Rights Commission, the Fair Work Commission and state and territory anti-discrimination, equal opportunity and human rights agencies for advice and assistance in dealing with workplace sexual harassment incidents.

According to WorkSafe WA’s submission, the safety regulator “is not sufficiently resourced and does not have the expertise to adequately address sexual harassment matters”. As a result, it refers sexual harassment complainants to the Equal Opportunity Commission (EOC), or, if the caller is distressed, it will also refer them to the Mental Health Emergency Referral Line.

In the WorkSafe WA submission, the Department of Mines, Industry Regulation and Safety is noted as recording 70 enquiries that mentioned the word ‘sexual’ between June 2016 and January 2019 and only two investigations primarily concerned with sexual harassment allegations. The first was looked after by WA police and, after a discussion with them, WorkSafe WA took no further action. The second saw no breach of employer duties under the Occupational Safety and Health Act 1984.

WorkSafe WA did not mention any plans to change the laws and said that, as the EOC has specific legislation to address sexual harassment complaints, jurisdictional control should remain with them.

Submissions from WA EOC or other safety regulators have not yet been released, if they were made.

NSW fire safety reforms to be enforced from April 2020

From April 2020, only accredited fire safety practitioners will be authorised to endorse plans...

Four new mine inspectors are expected to commence work across Queensland to protect the...

Blue laser vs red laser triangulation sensors: which is better?