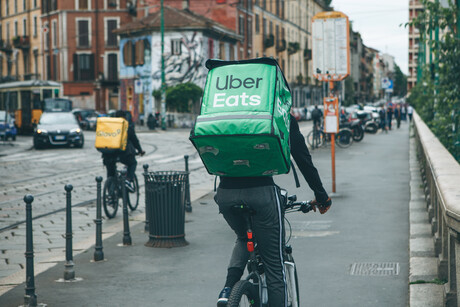 On 24 November, the NSW Government established an investigative taskforce led by SafeWork NSW and Transport NSW to examine whether any avoidable risks may have contributed to a number of recent fatalities of food delivery riders. The taskforce will assess the safety measures currently implemented by each food delivery operator and advise on any improvements needed to prevent further incidents. The taskforce will explore any similarities between the recent deaths, to determine whether there are changes that need to be made to improve safety in the industry. As part of the taskforce, SafeWork NSW will investigate each incident and make findings for any immediate improvements or compliance activity that can be implemented to better protect food delivery riders.

The NSW Government’s Centre for Work Health and Safety will also undertake research into food delivery in the gig economy. Kevin Anderson, New South Wales (NSW) Minister for Better Regulation, said the findings of the taskforce will also inform existing work that is investigating risks in the gig economy, and potential avenues for regulatory reform to improve safety in this industry. “Every workplace death is a tragedy. Every person who goes to work should come home safely,” Anderson said.

NSW Minister for Transport and Roads Andrew Constance said the taskforce has been launched to ensure the safety of delivery riders. “Any life lost on our road is one too many, and the purpose of this taskforce is to examine if more can be done to protect delivery riders, who are among some of our most at-risk road users. We need to do our level best to avoid further tragedies,” Constance said.

The NSW Government announcement came one day after the death of an Uber Eats delivery partner in the Sydney CBD.

Reaction to the deaths

Following the 23 November death, a spokesperson from Uber Eats stated that the industry needs to do more to improve road safety, and said the company is committed to playing a leading role in achieving this. “On Monday evening we learned the incredibly sad news that an Uber Eats delivery partner had passed away following a road accident in the Sydney CBD,” a spokesperson said.

“We notified SafeWork NSW and contacted our insurance team about the incident. Our thoughts are with his family and loved ones at this time. In isolation this fatality is devastating ... but when considered alongside other recent incidents across the on-demand food delivery sector, it is all the more concerning.”

The establishment of the NSW taskforce follows a Transport Workers’ Union (TWU) call for a federal investigation into Uber Eats and other food delivery companies, following the deaths of five riders since September. TWU National Secretary Michael Kaine said workers were being killed through lack of rights, and called for the federal government to intervene, alleging that none of the riders who died had proper protective gear or insurance.

“Companies like Uber do not care whether their workers live or die so long as the food gets delivered on time,” Kaine said. “That is clear from the lack of training and protective gear for riders. It’s also clear in the way companies like Uber harass their riders and threaten them with sacking if they are even a few minutes late.”

TWU noted that a survey of delivery riders in September found that average earnings after costs were just over $10 an hour, while almost 90% of riders had seen their pay decreased and 70% said they were struggling to pay bills and buy food. The coronavirus (COVID-19) pandemic also left the workers exposed, TWU claims, with more than half saying they did not have enough masks, gloves and sanitiser. More than one in three riders had also been injured on the job, with 80% receiving no support from their company.