States of Emergency declared as NSW and Qld burn 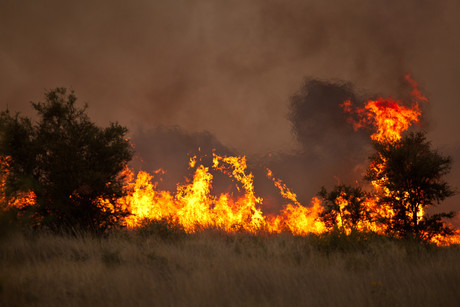 In response to devastating bushfires across New South Wales (NSW) and Queensland (Qld), steps have been taken to help contain the spread of fire and to protect affected workers. This has included a Volunteer Protection Order being put in place in NSW, and a commitment in Qld to provide assistance to primary producers in crisis.

The NSW Government announced a State of Emergency on 12 November, as the state faced catastrophic bushfire conditions that were expected to worsen over the coming week. It marked the first time that a catastrophic fire danger had been forecast for Sydney since the new fire danger ratings were first introduced in 2009. The forecast was for the Greater Sydney, Greater Hunter and Illawarra Shoalhaven areas. “There is potential for significant existing bush fire activity to become worse in Northern NSW, including the North and Mid North Coast,” the government advised in their announcement.

It is the first State of Emergency declaration since October 2013 and allows for the transfer of power from the NSW Government to the NSW Rural Fire Service (NSW RFS) Commissioner Shane Fitzsimmons. These powers include an ability to: “direct any government agency to conduct or refrain from conducting its functions; control and coordinate the allocation of government resources; evacuate people from property within the declared area; close roads and thoroughfares to traffic; pull down or shore up infrastructure at risk of collapse; order the shutdown of essential utilities in the declared area including electricity, gas, oil and water; [and] enter or take possession of property in the course of the emergency response,” according to the government.

“With catastrophic weather conditions predicted for this week, particularly Tuesday [12 November] with hot weather and strong winds, I have decided to take the Commissioner’s advice and make this declaration,” Premier Gladys Berejiklian said. “It will ensure our state is best placed to respond to the predicted fire conditions.” The declaration was to remain valid for a period of seven days from 11 November.

At the time of the announcement, a Volunteer Protection Order was also in place to protect the employment of NSW emergency operations volunteers in the following local government areas: Gwydir, Kempsey, Mid-Coast Regional, Nambucca, Narrabri, Port Macquarie-Hastings, Richmond Valley and Tamworth Regional. The Order was issued by the NSW RFS Commissioner on 28 October under the State Emergency and Rescue Management Act 1989. It allows for penalties for employers who victimise staff for being absent while they are performing emergency duties. Staff who are terminated or have their position changed to their detriment while engaged in operational activity are protected by the Order.

Qld is also battling bushfires, with a State of Fire Emergency being declared across 42 local government areas, also on 12 November. The declaration bans a range of activities that can cause fires to ignite and prohibits the lighting of specified outdoor fires. “We’re experiencing tinder box-like conditions across much of the state and all it takes is one spark to start a fire that may burn for days,” Qld Fire and Emergency Services Acting Commissioner Mike Wassing said. “This declaration is vital to prevent bushfires breaking out and posing a danger to lives and property.

“The declaration also prohibits welding, grinding and the use of oxy acetylene cutting or heating outdoors near flammable vegetation,” the Acting Commissioner said. “The use of the machinery and power tools in open areas has the potential to exacerbate the bushfire risk, which is why it is essential people do not use these tools outdoors when in close proximity to flammable vegetation.”

The declaration came as the Qld Government’s Minister for Agricultural Industry Development and Fisheries, Mark Furner, committed to providing financial assistance to help primary producers impacted by bushfires, committing to the Department of Agriculture and Fisheries providing staff for on-the-ground assessments, when conditions and access improved. “This will determine what activation criteria is met for the joint state/commonwealth Disaster Recovery Funding Arrangements (DRFA),” Furner said regarding the announcement. Furner also emphasised the need for those in industries directly impacted by bushfires to remain vigilant: “I strongly urge everyone to keep updated on current conditions and not to return to their properties until it is safe to do so.”

Both NSW Health and Qld Health have issued guidance on maintaining health during bushfires, including information on the signs and symptoms of smoke irritation and on treating burns. This guidance, together with additional resources, can be found here for NSW and here for Qld.