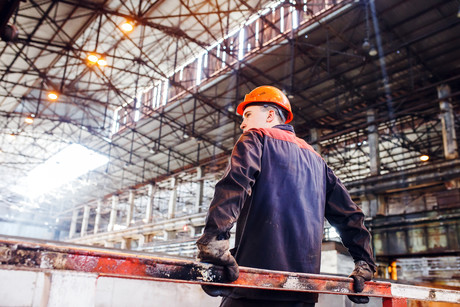 The introduction of ‘Brodie’s Law’ in Victoria sought to recognise the harm that workplace bullying can inflict upon victims and their families and punish those responsible. Lawyers LILIANA SCHULTZ and JACKSON INGLIS explore legal developments that have followed, and outline the various responsibilities employers have to combat this problem.

In response, Victoria amended existing criminal legislation to make serious repeated bullying, which is intended to cause physical or mental harm to the victim, a crime warranting 10 years in prison. These groundbreaking amendments were dubbed ‘Brodie’s Law’ and sought to recognise the harm that workplace bullying can inflict upon victims and their families and punish those responsible. The message was clear: serious workplace bullying would no longer be tolerated. But how much has changed since Brodie’s Law was introduced?

Despite Brodie’s Law, according to Safe Work Australia the national average rate of workplace bullying increased by 40% between 2011 and 2015. In 2016, Victoria Police released statistics showing that since June 2011 there had been more than 140 offences recorded and 58 offenders charged under Brodie’s Law. These figures may not necessarily conclude that workplace bullying is on the rise. Instead, the statistics perhaps demonstrate a rise in the number of victims willing to come forward as a result of an increase of public awareness of workplace bullying.

In 2012, a Parliamentary Productivity Commission estimated the total cost of workplace bullying to Australian organisations at between $6 billion and $36 billion a year in lost productivity, increased absenteeism, poor morale and time spent documenting, pursuing or defending claims. These statistics demonstrate the profound flow-on effect that workplace bullying can and does have on the individual worker, their family, the community and the economy.

What does the legislation currently say?

Before January 2014 there was no federal legislation that specifically prohibited workplace bullying. This saw workers having to rely on an ability to bring a claim under other general laws such as work health and safety (or equivalent), workers compensation or anti-discrimination.

Under applicable work health and safety laws, workers have a duty to take reasonable care that their acts or omissions do not adversely affect the health and safety of other persons. Notably, this can include engaging in bullying behaviour or failing to intervene to take action to stop bullying. Employers or persons conducting a business or undertaking have a primary duty of care to ensure the health (including mental health) and safety of workers, so far as is reasonably practicable. This involves a requirement to:

Under federal and state anti-discrimination laws, it is unlawful to treat a person less favourably on the basis of particular protected attributes, such as a person’s gender, age or race (amongst others). Examples of unlawful actions can include bullying or harassing a person.

The introduction of a national anti-bullying regime

Following parliamentary recommendations that a national definition of “workplace bullying” be adopted, in January 2014 national anti-bullying laws found a home in the Fair Work Act 2009 (Cth) (FW Act). The introduction of these laws finally provided a mechanism for those workers covered by the national system to apply to the Fair Work Commission for an order to “stop” workplace bullying. As the application form requires disclosure of the name of the worker’s employer or principal, this ensures any alleged cases of workplace bullying are brought to the employer’s attention.

Workplace bullying is defined in section 789FD(1) of the FW Act to be “when an individual (or a group of individuals) repeatedly behaves unreasonably towards a worker (or a group of workers) at work and that behaviour creates a risk to health and safety”. This behaviour can range from intentional actions, such as offensive language or comments, intimidating conduct, humiliating comments or practical jokes or ‘initiation ceremonies’, to more indirect behaviours, including setting unreasonable timelines or deliberately excluding someone from work-related activities.

It is important to note that behaviour will not be considered bullying if it is reasonable management action conducted in a reasonable manner. This can encompass actions that a supervisor may take when legitimately managing workers, such as conducting performance appraisals or disciplining a worker for misconduct.

What if I am not covered by the FW Act?

For those workers and employers that are not captured by the FW Act regime, the table below outlines the laws applicable to each state and territory.

What can happen to employees and employers as a result of workplace bullying?

The consequences for workplace bullies can be severe, with penalties ranging from compensation being awarded to the victim, to fines and even imprisonment depending on the jurisdiction and the laws under which a claim is being pursued. However, responsibility for bullying behaviour does not only lie with the perpetrator — recently, the Courts have convicted and penalised employers for their failure to step in and stop any bullying from occurring.

In Mathews v Winslow Constructors (Vic) Pty Ltd [2015] VSC 728, the Victorian Supreme Court awarded a female construction worker $1.3 million after finding that her employer was negligent in failing to provide a safe working environment and allowing her to be subjected to repeated abuse, sexual harassment and bullying by her colleagues. The Court heard that when the worker had attempted to bring these behaviours to her employer’s attention, it ignored her pleas for help.

In May this year, the case of Martyn Campbell v Jeffrey Rowe [2019] SAET 104 saw the first successful bullying prosecution under the harmonised Work Health and Safety legislation (WHS Act), nationally. The Court convicted and fined a Site Supervisor $12,000 after he squirted an apprentice electrician with flammable liquid and set him alight in what was deemed a “lunchtime workplace prank”. SafeWork SA prosecuted the supervisor for a Category 1 Work Health and Safety offence and he pleaded guilty to a breach of section 31 of the WHS Act for reckless conduct, which exposed his fellow worker to a risk of death or serious injury. The employer is also currently being prosecuted for a Category 2 offence for failing to take action to prevent the behaviour.

What steps can I take in my organisation?

At a practical level, there are a range of actions that employers can take to prevent the impacts of bullying on your organisation and manage the risk of workplace bulling.

Set the standard of workplace behaviour

Implementing a code of conduct or workplace bullying policy will help to ensure the entire workplace is aware that workplace bullying will not be tolerated. This message should be effectively communicated to employees and reinforced periodically. Employers should prioritise measures that foster respectful workplace relationships.

Employers should provide training for all workers, managers and senior personnel to identify what bullying behaviour may look like in its many overt and covert forms and encourage workers to either intervene in an appropriate manner or report the behaviour to, for example, a supervisor or manager or human resources officer.

Respond quickly if bullying does occur

Employers should develop and follow a reporting and investigation procedure which sets out the internal procedure for making and handling formal complaints. Employees should be made aware that allegations of bullying, if substantiated, may lead to disciplinary action up to and including termination of employment. Employers are able to access guidance material such as Safe Work Australia’s ‘Guide for Preventing and Responding to Workplace Bullying’ to understand and adopt best practice steps for managing workplace bullying.

On a final note, Marie Boland’s 2018 review of the model Work Health and Safety laws found that many employers are unclear about how to identify and address the risks and hazards associated with workplace bullying and subsequent mental health issues that could arise for those affected. With one of the primary recommendations from the review being the development of the WHS Regulations in this area, we will wait and see how the Regulators attempt to deal with workplace bullying and monitor mental health in the workplace in any proposed legislative updates or Codes of Practice.

Liliana Schultz is a Lawyer and Jackson Inglis is a Partner at Sparke Helmore Lawyers.

Lone workers face many risks, both social and environmental. DEAN HOULT outlines some benefits of...

RICHARD MILLAR offers an essentials guide to designing and implementing an effective confined...

Lawyer CLAIRE SETCHES responds to recent action to ban dry cutting of stone, and outlines what...

Smart electric submeters on the rise