Staying one step ahead of drug and alcohol trends 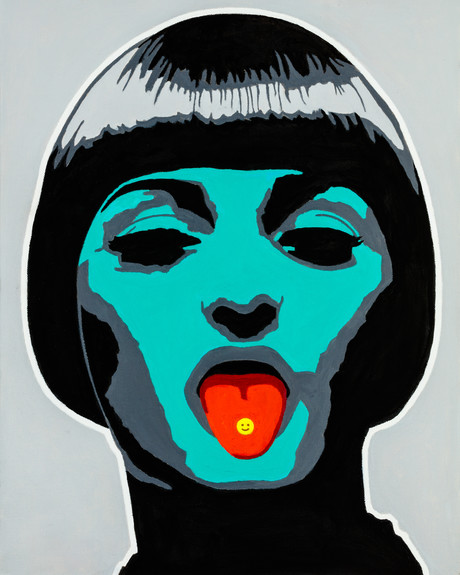 The latest drug and alcohol trends are making it harder for employers to assess and manage associated problems in the workplace. So what should employers do?

A study published in the Medical Journal of Australia further claimed that 1 in 10 workers had been affected by a co-worker’s alcohol misuse — such as by being involved in an accident or having to work extra hours to cover for them.

So it’s easy to see why more and more organisations, seeking to discharge their health and safety obligations, are requesting that their employees submit to drug and alcohol testing.

This demand is driving 20% per annum growth in the drug and alcohol testing market, with Alcolizer Technology predicting that the global market will be worth $7 billion by 2020.

Yet new designer drugs, and changing patterns in the use of older ones, are making it harder for employers to assess and manage the problem.

New psychoactive substances, or NPS, are sometimes dubbed “legal highs” because their synthetic chemicals are designed to mimic the effects of “traditional” drugs like cocaine or LSD.

Manufacturers stay one step ahead of the law by tweaking the chemical composition of their products whenever a government bans some, or all, of their ingredients.

Among these new drugs are synthetic cannabinoids, bearing brand names such as Kronic; synthetic hallucinogens like NBOMes; and synthetic stimulants like Flakka, also known as the “zombie drug”.

According to Safe Work Laboratories Chief Toxicologist Dr Phil Tynan, workplace drug and alcohol screening typically covers only a fraction of what’s available on the street.

Specifically, it tests for drugs which are included in the relevant Australian Standards for urine or oral fluids testing — amphetamine-type stimulants, benzodiazepines, cannabis, cocaine and opiates.

“Standard screening tests do not cover the emerging drugs,” he explained.

Which is not to say there aren’t screening tests for many of them. It’s just that employers need to know what to ask for.

Last year’s National Wastewater Drug Monitoring Program Report released by the Australian Criminal Intelligence Commission reported that consumption of new psychoactive substances was much lower than that of traditional drugs.

However, Tynan points out that while they are used less, they cause disproportionate harm.

NBOMe, for example, can cause hallucinations, cardiac symptoms and dangerous behaviours, such as users running into moving traffic. The safety implications for affected workers driving, or operating heavy machinery, are thus significant.

Workplace drug testing regimes also typically fail to detect the misuse of prescription opioids, which were implicated in more than 70% of the nation’s drug-related deaths last year, according to Australia’s Annual Overdose Report 2017 by the Penington Institute.

Prescription opioids like oxycodone and fentanyl can be just as problematic as other drugs.

Employees who abuse them are two to five times more likely to be absent, be injured or violent at work, file workers compensation claims, quit or be fired within one year of employment, according to the US National Safety Council.

New threats such as carfentanyl, dubbed “rhino sedative” due to being 10,000 times as potent as morphine, are also entering the market.

Carfentanyl was first detected by customs officials in Sydney in December 2016, with a second haul identified in Brisbane two months later.

For instance, workers with a breath alcohol concentration between .02 to .05 have the double the risk of being involved in an accident — even though, as non-professional drivers, they might pass a police roadside test.

For these reasons De Mellow points out that drug and alcohol testing should not be confined to employees who operate heavy machinery or work in “high-risk” areas.

There are cost barriers associated with testing all workers, for all substances, all of the time.

Tynan suggests a sensible approach involves testing a percentage for the extended opiate panel, with occasional synthetic testing as well, albeit at a much lower frequency.

Being aware of drug-use patterns in particular areas, such as Sydney’s high consumption of cocaine, can also help employers tailor their screening approach.

Yet, on its own, drug testing is insufficient to keep a workplace safe, according to Alcohol and Drug Foundation National Manager Workplace Services Natasha Jager.

Rather, it needs to be implemented as part of a range of measures, including clear, comprehensive drug and alcohol policies, alongside worker education.

Focusing on impairment is also important, because being hungover or coming down from drugs can also affect a person’s ability to work safely.

Alcohol and other drugs in the workplace (2017, February 16). Alcohol and Drug Foundation. Retrieved from: https://adf.org.au/insights/alcohol-and-other-drugs-in-the-workplace/

Should tomatoes be kept in the fridge?

Technologies that could transform our food systems

The future of recycling: 4 experts explain