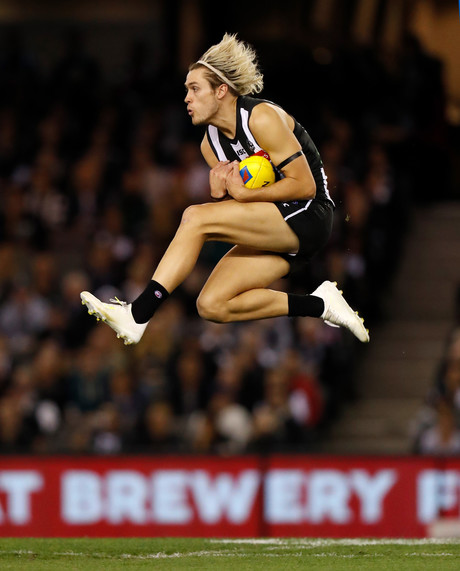 At first glance, it’s hard to equate responsibility for Laws of the Game of one of Australia’s most popular sports with the average workplace health and safety manager’s remit. Dig a little deeper and you’ll find plenty of parallels.

Patrick Clifton is the Head of Health, Safety & Laws at the Australian Football League (AFL), where he oversees strategy and operation of the game’s judicial system. He is responsible for the Laws of the Game and is additionally in charge of the AFL’s research and health programs.

It’s a diverse role with a wide spread of responsibility. Luckily for Clifton, his path to the AFL equipped him with the broad spectrum of knowledge and a specific skill set that lends itself to such a unique position within the safety profession.

Clifton came to his current role via a somewhat serpentine path. A native of South Australia, he opted for a double degree at Adelaide University once high school was done. Even then he had a penchant for the road less travelled, electing to concurrently study Law and Mechanical Engineering — not the most obvious union.

“It wasn’t a hugely popular combination — there was only one other person enrolled in the same course.

“It also wasn’t really a traditional double degree because there wasn’t much overlap in terms of coursework. I was basically just studying two full degrees,” he said.

He knocked over engineering first and started to assess his employment options while still completing his law degree.

“At the time I was studying, from a mechanical engineering perspective, if you wanted to stay local you only had a couple of career choices in Adelaide: defence, automotive or building services,” he said.

Not finding himself particularly inspired by either, Clifton started to think about other options. Outside of his academic interests, he’d always been a keen sportsman. A self-confessed ‘not great’ AFL player, his skills were more attuned to tennis, skiing and snowboarding.

So, looking for inspiration he turned to the all-knowing oracle of our times — Google. Not long after he punched ‘sport and engineering’ into the search engine, Clifton found himself enrolled in a PhD at RMIT and on the move to Melbourne. His PhD thesis investigated the relationship between snowboard design and performance, additionally becoming a springboard to a career in the sporting world.

Sports technology was still in its infancy in Australia, with the real employment opportunities located in Europe or the US working for the likes of Nike, most probably in the area of product design. It wasn’t the right time for an overseas move so, with two degrees and a PhD under his belt, Clifton took a sideways step to do some part-time consulting for the Australian Football League (AFL). 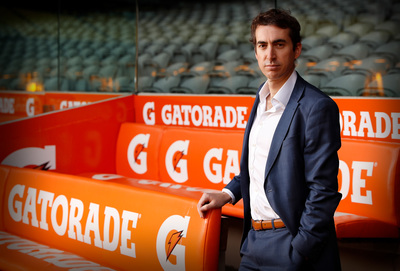 Initially his role was pure analytics. As a Research & Football Projects Analyst he provided strategic, analytic and administrative input into the Laws of the Game and the AFL’s research process. This progressed over time and led him to his current role, which capitalises on his educational experience and specific combination of expertise.

As with any sporting code, the AFL is governed by its laws. Clifton spends a lot of his time reviewing ‘the system’, or the guidelines, rules and regulations that regulate the game and its players. From an analytics perspective, he must analyse what is happening on the field to better develop and refine the system, which is revised and published each year.

The Laws of the Game not only explain how the game is played, but additionally seek to attain two objectives according to the AFL website:

It may sound like a reasonably straightforward task but is in fact a complex undertaking that incorporates plenty of moving parts and a host of participants including: the AFL itself including the Tribunal, the individual clubs, the players and the Players Association, as well as non-partisan parties like the Match Review Officer — an independent reviewer of on-field incidents. 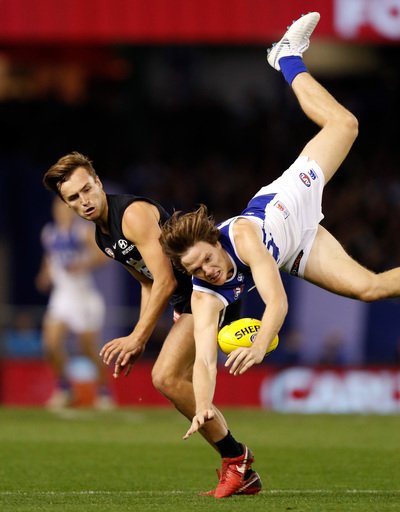 It is the second objective of the Laws that engenders a safety focus on medical programs, data collection and research — a significant part of Clifton’s role.

“Anything that touches on on-field health and safety is under my remit. We review and analyse data on everything to gain a better understanding of risks and to make recommendations accordingly,” Clifton said.

“The AFL tracks any event or injury that results in a missed match and have been doing so for over 25 years, making it the longest study of its type in any sport. It provides incredible insight into incidents or trends that we’ve previously only known anecdotally and validates them through data.

“We knew from other sports, for instance, that women are more susceptible to ACL injury. We validated that theory through analysis of our data and that’s enabled us to develop a program of education and support which we then disseminate to the Players’ Association and to individual clubs across the AFL Women’s league.

“That includes information on risk factors — and we know that many things contribute including genetics, previous history, hormones and movement patterns, for starters. Armed with all the information, we can develop advice and training techniques designed to help clubs and players mitigate injury risk,” Clifton said. 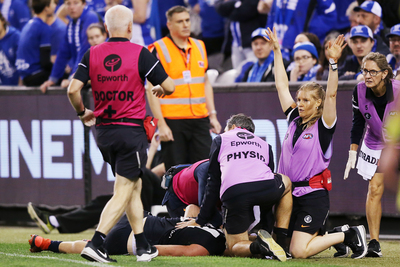 In simplest terms, it’s a process of hazard identification and elimination — a scenario familiar to anyone in the business of safety because the same frameworks that govern and define any workplace environment apply in the on-field world as well.

“There are different aspects to safety, of course, but our on-field efforts are essentially a compliance and prevention exercise. Having 25 years’ worth of injury data gives us a great understanding of changes and trends and allows us to develop targeted programs to specifically address current issues,” he said.

We live in increasingly data-driven times, so it’s no surprise that the sports industry is utilising information to facilitate the development of better injury management and prevention programs. Turns out, there really is safety in numbers.

Patrick Clifton is a keynote speaker at the SAFETYConnect conference being held from 28–29 August, at the Crown Conference Centre, Melbourne. For more information or to register, visit www.safety-connect.com.au. 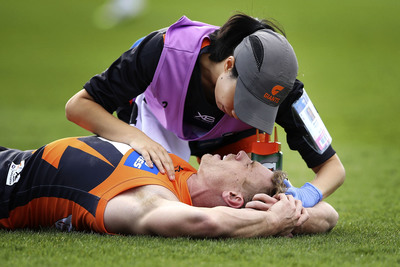 Challenges in the maintenance of complex PLC-driven systems