R U OK?: trust the signs 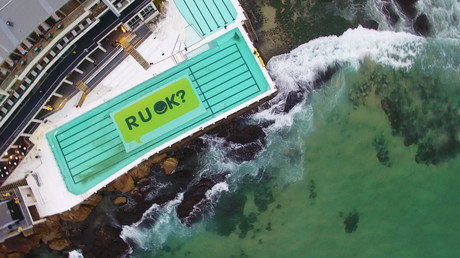 Suicide prevention charity R U OK? has been helping Australian workplaces to support the mental health of their people for more than a decade. DENISE CULLEN charts the charity’s development and growing impact.

There were dozens of cameras and microphones, and a few nerves, as the trio gathered inside Canberra’s Parliament House press room in 2009 to launch the suicide prevention charity R U OK? Founder Gavin Larkin had lost his father to suicide in 1995. Larkin had recruited Graeme Cowan, who’d laid bare his own battle with depression and suicidality in the book Back from the Brink, as an ambassador. Standing with them was Nicola Roxon, then the Minister for Health and Ageing. They were credible, knowledgeable and keen. But no-one really knew how it would go.

“We spoke with big hopes and not a lot of money and no real employees — because it was all voluntary work at that stage,” said Cowan, now the director of R U OK? The launch made the papers but, frustratingly, was pushed off television news bulletins by another breaking story — the mission to free a dog trapped down a Hunter Valley mineshaft. “It was one of those bizarre things that happens in the news cycle,” Cowan said. “Literally every channel was (at the launch) but they didn’t show our footage … one of those channels crossed to the dog stuck down the mine three times.”

Despite the canine upstaging, R U OK? has grown dramatically in terms of reach and impact over the past decade. Using its original tagline, “A conversation can save a life”, R U OK? encourages individuals to check in with workmates and others in order to build more connected communities to prevent suicide. While R U OK?Day in September is a key focal point, Cowan said the organisation seeks to embed care and concern into every day of the year. Larkin’s “branding brilliance”, said Cowan, allowed him to elegantly package a complex message on a difficult subject. From its inception, R U OK? has enjoyed a groundswell of popular support and a strong social media presence.

In February 2010, however, Larkin was diagnosed with an aggressive form of lymphoma. As he underwent increasingly invasive treatments, including a stem cell transplant, he continued to “direct traffic” for the next R U OK?Day from his hospital bed. “I got out of hospital the day before and showed up wearing a yellow T shirt and … I was yellower than the T Shirt — it was pretty grim,” Larkin told Australian Story. “The reason I was there is that R U OK?Day is a lot more important than me.”

Larkin died in 2011, just after the third R U OK?Day. But the momentum behind it continued — and continues — to build. Current ambassadors for the organisation include actors Hugh Jackman and Naomi Watts, sportspeople including Layne Beachley and performers like Casey Donovan. Figures from market research firm Colmar Brunton show 87% of Australians are now aware of R U OK? while around 60% believe the R U OK?Day campaign boosts social connections. 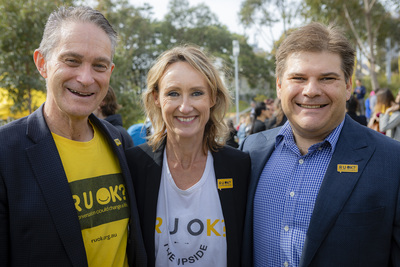 R U OK? Board Members Graeme Cowan (l) and Mark Soulos (r) with the widow of R U OK? Founder Gavin Larkin at the R U OK?Day official breakfast event at Barangaroo Reserve in Sydney, 12 September 2019.

R U OK?Day might kick-start important workplace conversations, but the goal of creating mentally healthy cultures year-round begins with recognition that “business as usual” costs people’s lives. According to the Australian Bureau of Statistics, there were 3046 deaths by suicide in 2018. Some estimates suggest that up to one of five of all suicides are work-related. Yet despite the human cost, building the “burning case for change” often means focusing on the bottom line, Cowan said. He cites research published in Lancet Psychiatry, which claims $9.98 is returned on every dollar spent training managers to better support their team’s mental health.

R U OK? offers customisable digital resources that organisations can adapt to suit their environment and culture. “There are many examples of workplaces, small and large, that have really embraced it,” Cowan said. Sydney Trains, for example, has tweaked things to suit its 12,500-strong, 80% male workforce. The organisation uses BBQs, conversation corners, therapy dogs and pass the footy competitions to spread the mental health message. “They have managed to significantly change perceptions around having a conversation by creating an inclusive environment,” Cowan said. 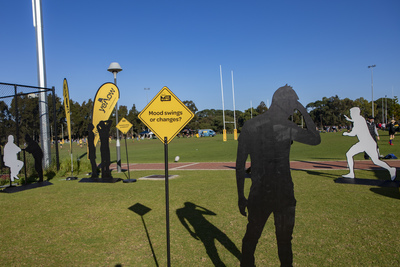 Several organisations, including the Department of Justice New South Wales and the Gold Coast Hospital, provide training to employees who want to help a team mate in distress. Cowan said a 20-minute online course he’s developed (visit www.factorc.com.au for further information), with support and follow-up resources, can set staff members on track to confidently assist others. Cowan also encourages those who feel strong enough to share their personal stories.

R U OK? ambassador Gwen Cherne, for instance, was widowed when her serviceman husband died by suicide in 2017. When she addressed sailors on the HMAS Adelaide just prior to their three-month deployment late last year, “you could hear a pin drop”, Cowan said. Cherne spoke about the signs she and others missed. She then gave practical tips on how they could support each other while remaining connected with others back home.

“It resonated so strongly with the people she was talking to,” Cowan said. Cowan said stories are the most powerful things to make a difference in the workplace. “I’ve seen whole meetings and conferences change when someone is authentic and vulnerable,” he said.

If you are affected by any of the issues discussed in this article, Lifeline has a 24/7 crisis support service that can help, please call 13 11 14. 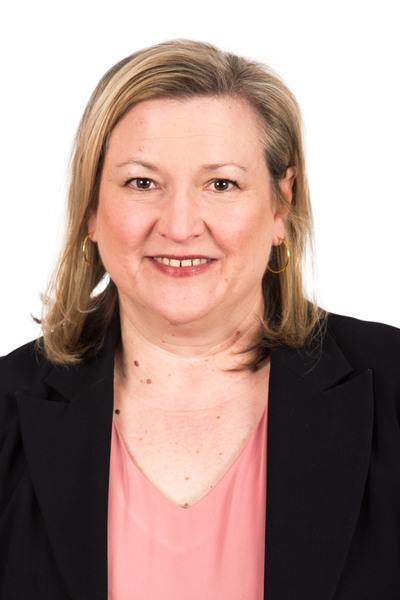 Woolworths has around 201,000 staff members working in supermarkets, distribution centres and back offices around the country. Statistically speaking, then, it’s sad but not surprising that a proportion of employees each year will experience serious mental health challenges. However, when two Woolworths staff members completed suicide in quick succession, it weighed heavily on the mind of CEO Brad Banducci.

“(He) got straight onto the front foot, recorded a short video and said ‘It’s a tragedy to lose anyone … We need your help to turn this around, I’m not sure exactly what, but we’ll come back to you’,” Cowan said. Banducci subsequently invited employees to contribute to a more stigma-free culture by sharing their personal stories and original songs. After an overwhelming response, five stories and five songs were professionally recorded.

With the creators’ permission, these were used to powerful effect when Woolworths launched its new mentally healthy workplace initiative. Cowan said “leaders leading by example” in this way is crucial to the success of any workplace mental health program. “Leaders need to show how it’s relevant for the whole business — it’s not something extra, but it’s integral to performance, sustainability, growth and risk mitigation.”

Montague's stone fruit grader to be operational by Jan 2021

Nespresso to make all products carbon neutral by 2022

The pea protein market on the rise