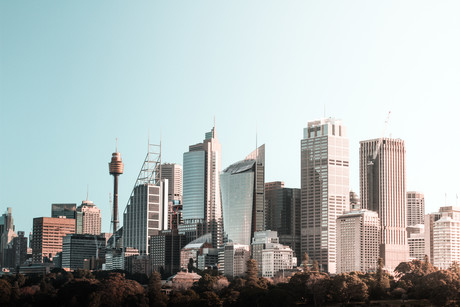 Urban overheating is the most documented phenomenon of climate change. Architectural scientist PROFESSOR MATTHEOS SANTAMOURIS charts the problem of overheating in the built environment and the safety imperatives of mitigation technologies.

More than 400 cities around the world suffer from higher urban temperatures compared to the surrounding suburban and rural environment. Overheating is caused by the specific synoptic weather conditions in cities, the high absorption of solar radiation by dark materials used in buildings and the city structures, the increased anthropogenic heat generated by industry and traffic, the lack of green spaces and water, and the limited penetration of the wind in the urban environment. The average magnitude of urban overheating ranges between 4 and 5°C, but in many cities it may exceed 10°C.

Most of the Australian cities suffer from significant higher temperature than their surrounding rural areas, while their temperature has increased significantly during recent years. For example, during the summer period in Sydney, overheating of the Western suburbs exceeds 9–10°C, compared to the Eastern suburbs. This is due to the combination of two phenomena: a sea breeze helps to cool down the coastal part of the city while warm western winds from the desert heat up the western suburbs.

Increased urban temperatures have a serious impact on the safety of urban dwellers, affecting the energy demand and generation, heat-related mortality and morbidity, outdoor and indoor thermal comfort levels, concentration of harmful environmental pollutants like the ground level ozone, financial activity and the survivability of the low-income population considerably. Several studies carried out in Australia show that higher summer temperatures decrease the performance of the power plants, increase the risk of electricity blackouts and oblige utilities to build additional power plants to satisfy the demand. Given the low usability of the power plants during the peak summer period, the cost of electricity is increasing significantly.

In parallel, overheating rises considerably the cooling energy demand of buildings. Characteristically, the residential cooling demand in Western Sydney can be up to 100% higher than that of a similar building in the coastal area. This is a serious burden for the low-income population that cannot afford to cover the energy cost. Studies in Western Sydney show that indoor summer temperatures in low-income residences may exceed 35°C for several weeks per year and can reach 40°C during the peak period. Very high indoor temperatures combined with a high indoor pollution constitute a very serious threat for the health and the wellbeing of low-income households.

Actually, higher ambient temperatures are strongly associated with increased levels of heat-related mortality and morbidity. Recent studies have shown that populations living in the warmer parts of the city present almost 6% higher mortality risk than those living in the cooler neighbourhoods. Several studies for almost all major cities in Australia have shown that urban overheating induces a significant health penalty, both in terms of mortality and hospital admissions. It is characteristic that during heatwaves the risk of heat-related mortality in Western Sydney is almost three times higher than in the coastal parts of the city. Additionally, existing data show that in Darwin, when the ambient temperature exceeds 32°C and the relative humidity is above 80%, hospital admissions increase by up to 250%. This is a serious threat for the urban population in overheated zones of cities, while it increases dramatically the cost of health services in the country.

The implementation of appropriate heat mitigation and adaptation measures and technologies can seriously counterbalance the impacts of urban overheating. Application of advanced mitigation technologies in several cities around the world has demonstrated that it is possible to decrease peak urban temperatures by up to 2.5°C. Mitigation technologies involve the use of advanced reflective materials for buildings and urban structures, additional greenery and evaporative systems, and use of low-temperature heat sinks for heat dissipation. Adaptation measures are mainly associated with the use of buildings presenting a superior thermal performance and an increased thermal protection of the dwellers. Scientific results have shown that the implementation of mitigation measures in Australian cities can decrease the cooling demand by up to 40%, reduce the levels of the actual heat-related mortality and morbidity by up to 35% and lower the peak electricity demand by up to 10%.

Urban overheating is a serious safety threat in Australia. Almost all scientific forecasts predict a serious increase of the urban temperatures during the next decades because of the global and regional change of the climate. The global impact of overheating is very significant and can be dramatic in the next years. Implementation of a proactive policy involving the use of advanced mitigation and adaptation measures can significantly reduce the magnitude of the problem, improve safety levels and wellbeing, increase the commercial added value and save lives in Australia and the world.