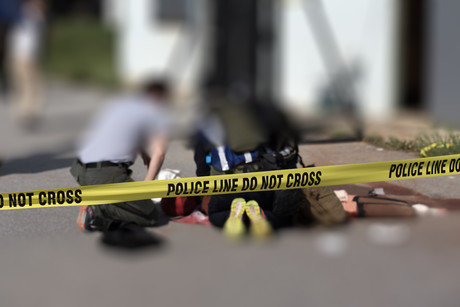 In March 2018, the Senate referred the framework surrounding the prevention, investigation and prosecution of industrial deaths to the Senate Education and Employment References Committee (Committee) for inquiry and report.

In October 2018, the Committee tabled its report ‘They Never Came Home — the framework surrounding the prevention, investigation and prosecution of industrial deaths in Australia’ (the Report). The 135-page Report made 34 recommendations about how industrial deaths are investigated and dealt with in Australia, with most recommendations directed towards Safe Work Australia (SWA) working with each jurisdiction to amend the work health and safety (WHS) framework.

The federal government released its response in December 2018, titled ‘Australian Government Response: They Never Came Home’ (Response). The government acknowledged “there are problems with how the WHS framework is being implemented… and [there is] significant room for improvement in how WHS laws are enforced…”

The timing of the Report and Response coincided with an independent review of the model WHS laws commissioned by SWA (on behalf of the Commonwealth, State and Territory ministers responsible for WHS) and led by independent reviewer, Marie Boland (Boland Review).

The Boland Review’s scope was broader than the Committee’s inquiry and Report. However, they share some of the following key recommendations:

The Boland Report has been provided to the WHS ministers to consider and a response is expected to be tabled later in 2019. A consultation regulation impact statement and a call for submissions on the Boland Report should be released later this year.

The introduction of a nationally consistent industrial manslaughter offence has been one of the most notable recommendations made in both reports, and has been a popular agenda item in many jurisdictions for more than 25 years. The ACT was the first jurisdiction to implement this when the Crimes (Industrial Manslaughter) Amendment Act 2002 commenced in 2004.

More recently, an industrial manslaughter offence was introduced into the Queensland WHS Act in response to the high-profile fatalities at Eagle Farm and Dreamworld in 2016.

What’s the status of industrial manslaughter provisions in Australia?

It’s worth noting that manslaughter is still available to a prosecutor as a charge against a PCBU or an individual in all jurisdictions.

Recently, regulators have been prosecuting existing laws more aggressively, and sentences of increasing severity are being handed down by the courts. For example, in the recent prosecutions against Maria Jackson in Victoria and Gary Lavin in Queensland, both individuals were imprisoned. This represents the first non-suspended custodial sentences for a breach under the WHS laws (that we are aware of), despite imprisonment being an available sentencing option to the courts for a number of decades.

In addition to the above, in all jurisdictions, a charge of manslaughter is available in relation to a workplace incident. For example, SafeWork NSW’s compliance policy and prosecution guidelines, which outline the matters considered when determining whether to prosecute, stipulate that where there has been a work-related death, the police and SafeWork NSW should consider whether the circumstances justify a charge of manslaughter under the Crimes Act 1900 (Cth). At the time of writing, a trial is being heard in the NSW District Court whereby two persons have been charged with involuntary manslaughter offences arising in connection with a workplace incident that occurred in May 2010.

While these reports had differing purposes — one to review how adequately the current WHS laws deal with industrial deaths, the other to review the effectiveness of the harmonised WHS law — they provide similar recommendations. Of note is the recommendation for a national industrial manslaughter offence to be introduced. Thirty Australian workers have already been killed at work between January and early April 2019. This is a considerable number for the first quarter of the year and is likely to be considered by the relevant WHS ministers in Australia in determining whether to implement any of the recommendations.

Why smart cities will rely on edge computing for success