Little room to move for employers in confined space incidents 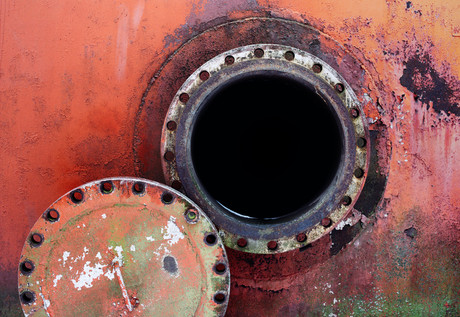 An employer was recently fined $45,000 following an incident in a confined space that left two employees hospitalised. Central Coast Metal Protectives Pty Ltd (CCMP) was convicted of breaching s 32 of the Work Health and Safety Act 2011 (NSW) (WHS Act) after exposing two employees to a risk of death or serious injury. The penalty was initially set at $60,000 but was reduced by 25% to take into account CCMP’s early guilty plea.

Two CCMP employees were taken to hospital suffering the effects of fume inhalation associated with the lack of ventilation in the confined space where they worked. CCMP was engaged by KHR Services Pty Ltd (KHR) to assist with the restoration of a naval ship — specifically blasting and repainting a number of the ship’s pontoons.

On the day of the incident, the employees were instructed to clean the inside of a pontoon with paint thinners. The area inside the pontoon was about 12 cubic metres, roughly the same internal area as a large skip bin. The only access point was through an open hatch that measured 30 by 45 cm. The workers had no ventilation and were using faulty protective equipment. One employee used a paper face mask but this did not assist in respiratory protection.

The employees were found to be suffering the effects of being overcome with fumes, including vomiting and disorientation. They were taken to hospital and treated.

Failures by the employer

The Court found CCMP failed to meet the following duties under the WHS Act:

Judge Strathdee reduced the penalty for CCMP from $60,000 to $45,000 on account of CCMP’s guilty plea, noting that CCMP were remorseful, had been compliant and cooperative throughout the proceedings and pleaded guilty at the earliest opportunity. Interestingly, CCMP’s contributions to local social enterprises and charities were also cited as reasons for the penalty reduction.

Following the incident, CCMP took steps to prevent the harm reoccurring, including spending $20,000 on:

Working in confined space creates a serious predisposition for health-related injuries. A lack of oxygen, coupled with airborne contaminants and flammable atmospheres, can pose significant risk to the health of workers. Accordingly, there are prescriptive regulations in all Australian states and territories regarding how to manage the risks to health and safety that arise from confined spaces.

Part 4.3 of the Work Health and Safety Regulations 2011 (Cth) outlines the requirements for specific control measures such as issuing confined space entry permits for the work, ensuring appropriate signage is displayed in relation to the work and a need for continuous communication with the worker from outside the space.

Under the harmonised WHS Act, multiple people hold health and safety duties in relation to confined spaces, including persons conducting business or undertaking (PCBU), designers, manufacturers and suppliers of plant or structures, officers and workers.

In January, two North Queensland men died after being overcome by fumes while cleaning the inside of a fibreglass tanker used to transport molasses.

In October, WorkSafe Victoria published news of the death of a 20-year-old apprentice who was overcome with fumes while working in a confined space at a business in Melbourne’s south. WorkSafe is currently investigating the incident, but it is believed the apprentice was working with power tools inside an open-ended tank.

How to prevent this occurring in your workplace

It is vital that PCBUs/employers are vigilant in assessing the risks, establishing necessary controls and remedying faults to protect the safety of employees and avoid prosecution. Employers may face significant penalties for failing to protect employees from the risks associated with working in confined spaces.

Steps toward compliance include:

This case reminds employers that failing to comply with the WHS Act and corresponding Regulations can bring dire consequences — not only for the business, but for the health and safety of employees.

Employers are urged to familiarise themselves with the legislation in their jurisdiction, as well as the SafeWork (or equivalent, depending on your state or territory) Code of Practice regarding confined spaces.

AI on the COVID-19 frontline and beyond

Flying Fish winery back in business

The show must go on: Foodservice Australia still running