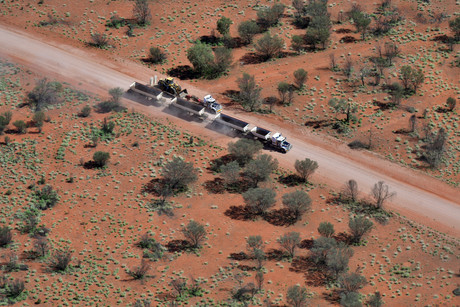 In October 2018, the Heavy Vehicle National Law underwent a significant refurbishment after regulators and industry participants expressed concern that the law did not achieve its aim and was convoluted and confusing. Lawyer ROSSANA PARMEGIANI undertakes a one-year review.

Safe Work Australia reported that there were 583 work-related fatalities in the road transport industry between 2003 and 2015. To add ‘insult to injury’, a 2009 NatRoad’s Regulatory Impact Statement noted that a typical heavy vehicle driver had to pay for multiple accreditation schemes, fees and state entry requirements. Against the backdrop of those multiple fees paid, the typical driver received only approximately three days of compliance training per year, leaving them ill-equipped to deal with the complex nature of the cross border schemes that existed.

In response to the growing concern about safety in the industry, the Heavy Vehicle National Law (HVNL) 2012 was enacted and replaced 13 model laws and six state and territory transport-related laws. The legislation aimed to generate a streamlined approach to the regulation of vehicles over 4.5 tonnes gross vehicle mass and to establish a National Heavy Vehicle Regulator to increase compliance and accessibility. The legislation reinforced the idea that all parties involved in the transport of goods shared responsibility for safety and not just those parties directly involved, such as drivers or trucking companies. It applies across all participating states and territories, except Western Australia and the Northern Territory.

In October 2018, the HVNL underwent a significant refurbishment after regulators and industry participants expressed concern that the law did not achieve its aim and was convoluted and confusing. The ‘refurbished’ legislation introduced a primary duty to ensure, so far as is reasonably practicable, the safety of the party’s transport activities. Although courts will, no doubt, further refine the definition of “reasonable practicability” — helpfully included in the revised legislation — what is clear is that what is “reasonably practicable” will depend on the nature of the defendant’s operations and the extent to which it has control over the activities in question.

While this primary duty marks a new approach in the heavy vehicle industry, the duty is in line with already established duties imposed under work health and safety (WHS) and rail safety legislation, thereby reducing the need for multiple, often convoluted, systems of ensuring safety. As with WHS and rail safety:

What has happened since the October 2018 amendments?

There have been no court decisions involving breaches post-October 2018 yet. However, cases in the pipeline indicate multiple parties will be considered for prosecution where the evidence supports it. Recent case law, albeit under the previous legislation, also indicates that courts are taking the roles of each party in the transport chain seriously. In National Heavy Vehicle Regulator v Bitumax Pty Ltd, a truck was stopped in Millicent, South Australia, while carrying an overweight load of gravel to roadworks nearby. The gravel had been loaded by a person using a motorised loader to tip buckets of material into the truck. There were no scales on the loader and the truck’s mass indicator was not calibrated or working.

Magistrate Semmens noted that there was “absolutely no effort of compliance on the day of the offence by any person in the chain of responsibility” and made particular note of “the complete lack of any structure by a corporate body to ensure that a chain of reporting existed to ensure compliance with its legal and safety obligations”. Importantly, his Honour provided a glimpse into the approach courts are likely to take to offences under the ‘refurbished’ HVNL when he accepted the Prosecutor’s submissions that the company had failed to be proactive in its approach to transport safety and specifically noted that the “complete lack of oversight in this operation by the company falls far short of the standards expected by the law, the community and the courts”. Magistrate Semmens warned that “a clear message” needed to be sent to corporate entities that good corporate governance is expected by the courts and the community.

Despite numerous amendments since being established, concerns continue to be raised about the HVNL’s effectiveness from a wide range of stakeholders that believe the system is not functioning as effectively as it could be. According to the Fatal Heavy Vehicle Crashes Australia — Quarterly Bulletins, during the 12 months to the end of June 2019, there were 183 deaths from 162 crashes involving heavy vehicles. Much has also been said about the legislation’s ability to effectively deal with the role of fatigue in the heavy vehicle industry.

With this in mind, the Transport and Infrastructure Council (TCI) has asked the National Transport Commission (NTC) to review the HVNL and create a “performance-based law that is fit for purpose”. In response, NTC released eight issues papers during 2019, divided into risk-based regulation, fatigue, suitable routes, safe vehicles, safe people and practices, assurance models, effective enforcement and other policy matters, and invited relevant stakeholders to participate in identifying areas of concern. The aim is to present finalised policy recommendations to relevant Ministers in November 2020. New legislation is expected to be drafted sometime between November 2020 and November 2021.

What should you do in the meantime?

Although the legislation might be in a state of constant refinement and renewal, one thing is clear — safety in the heavy vehicle industry is of prime concern. Parties in the chain should adopt a proactive and holistic approach to the safety of their operations. The similarities with WHS and rail safety obligations mean that there is great leverage to be made from any already existing safety management systems, which, of course, must be capably adapted to suit the party’s transport activities.

As a first step, parties should identify what role or roles they have in any transport activities undertaken, understand how that role interacts with the activities of the other parties in the chain and ascertain what reasonably practicable steps they can take to ensure the safety of their activities. Parties should then identify who the executive officers are within their organisations (noting that the definition of “executive officer” in the HVNL is somewhat broader than the definition of executive officer under WHS legislation), and arm those executive officers with the knowledge they require to make sure the organisation complies with its duties. The key is to remain proactive and understand that a ‘set and forget’ attitude is likely to expose organisations and their officers to risk of prosecution.

Lawyer CLAIRE SETCHES responds to recent action to ban dry cutting of stone, and outlines what...

Established in 2008, MATES in Construction works to reduce the high level of suicide among...

Officer duties: do they apply to you?

The term 'officer' carries a broader definition than just whoever is the company's...

Improving operational performance by bringing people back into data centres

How safe is your business?

Can environmental sustainability unlock savings for the healthcare sector?