An alternate view on safety 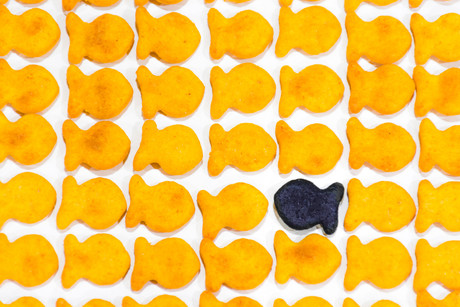 Andrew Hopkins is Emeritus Professor of Sociology at the Australian National University. His views on safety challenge current convention and have been developed, in part, through examination of a series of local and international catastrophic industrial accidents.

As a prolific writer, you could say Andrew Hopkins likes words. More specifically, he is preoccupied by the readability of his work. He believes himself to be at fault if the reader does not immediately understand his point, so strives to produce material that is easily grasped. This is a notable contrast to most academic writing, which can be impenetrable to readers with no previous knowledge of the topic.

To anyone familiar with his work, Hopkins’ tendency to go against the grain won’t surprise. As a sociologist, he applies his understanding of organisational structure to uncover the root cause of catastrophic events, going beyond the technical reasons for failure to determine the true underlying cause. While steeped in traditionally hazardous industry sectors, his thinking can be applied more broadly.

Hopkins’ foray into disaster analysis began after an explosion at the Appin Colliery in 1979 claimed 14 lives. While deeply affected by the event, it was the absence of prosecution in the face of clear criminal neglect that spurred the professor to pen an article titled ‘Crime Without Punishment: The Appin Mine Disaster’.

As his interest developed, so too did the number of journal articles and books he published on the topic. In addition to in-depth analyses of notorious accidents including the Deepwater Horizon oil spill in the Gulf of Mexico in 2010 and the BP Texas City refinery disaster of 2005, he has authored substantial material on the role and influence of management and organisational structure in safety.

Through his assessment of high-risk industries, Hopkins has developed a stance that questions the effectiveness — and, indeed, the very existence — of the ‘safety culture’ ethos so prominent in industry today.

As Hopkins sees it, most attempts to create a safety culture focus on the way people think and feel about safety — their values — rather than on their practices. But changing values directly is an almost impossible task, he says.

“I used to think safety culture was a useful phrase — in fact, Safety Culture was going to be the title of one of my books, but I ultimately opted for Safety, Culture & Risk.

“Not only did it better encapsulate the content, but it aligned with my growing belief that the phrase ‘safety culture’ is so widely misused and misunderstood as to be an impediment. Focusing on culture distracts attention from where it should be — on creating and adhering to safe practices,” he said.

Centring on practices is a more effective strategy, but one that Hopkins says can only be driven and enforced from the top down. He calls it “the way we do things around here”. Underpinning this is a singular concentration on risk — an issue he believes current organisational structures and incentive programs fail to adequately address.

“If you are serious, your business must be structured to promote safety. That means having a chief risk officer — as opposed to a safety officer — and they need the power required to set and impose the ‘way we do things around here’. Safety is not about changes at a grassroots level. The CRO should have the authority they need and report in to the CEO,” he said.

So, how did the ‘safety culture’ mentality gain such traction? Hopkins says there are two likely reasons.

“The current safety ethos doesn’t challenge typical organisational structure, so it’s accepted. The problem is that it takes attention away from where the real leaders of change are. There’s a focus on workshops and reporting at a frontline level. It puts effort into changing the way people think, when the real need is to change the way they behave.

“What I know from studying major accidents is that the companies involved don’t mess around with hearts and minds post-incident. They change their structure and give priority to what really matters.

“The second reason, and this may sound cynical, is that there’s an entire industry devoted to cultural change. Many people make a living out of consulting, offering educational workshops and presentations, so the approach has been designed to fit with what consultants can offer. Most can’t talk about organisational structure and effect any change, so the system is designed to suit that,” he said.

Disasters are rare — we haven’t had a major incident with numerous fatalities in Australia for over 20 years, but what Hopkins has gleaned studying high-risk environments, like air traffic control, can be applied in a normal industrial safety context.

“You need to ascertain the worst thing that can happen — a fatality, for example — and then focus on that. What I’ve learned is that there are always warning signs, so you need to work out what they are and how to pick them up.

“Say you utilise in-vehicle monitoring technology, don’t monitor speeding, because it’s irrelevant in terms of predicting failure. Monitor harsh braking, which suggests a lack of control and is a much more useful indicator.

“While these things must be recognised in order to better manage incident prevention, change needs to be driven from a senior level and you may have to overcome existing inertia,” he said.

If organisational commitment at the highest level is the only way to effect any meaningful change, what can be done if there’s no support at the top? Not much, according to Hopkins.

“It’s hopeless, you won’t get anywhere. You may as well quit and move on,” he said.

If you would like to know more about the role of organisational structure in safety, Professor Andrew Hopkins is presenting ‘The use and abuse of culture’ at SAFETYconnect 2018 from 29–30 August in Brisbane. 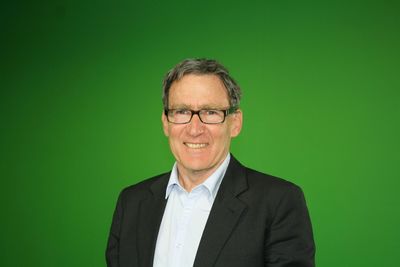 Prof. Andrew Hopkins is Emeritus Professor of Sociology at the Australian National University in Canberra. He was an expert witness at the Royal Commission into the 1998 Exxon gas plant explosion near Melbourne. He was a consultant to the US Chemical Safety Board in its investigation of the BP Texas City Refinery disaster of 2005, and also for its investigation into the BP Gulf of Mexico oil spill of 2010. Winner of the 2008 European Process Safety Centre safety award, he is also an honorary fellow of the Institution of Chemical Engineers in recognition of his “outstanding contributions to process safety and to the analysis of process safety related incidents”.

What we know about immunity to coronaviruses

What factors increase risk of severe COVID-19 or death?