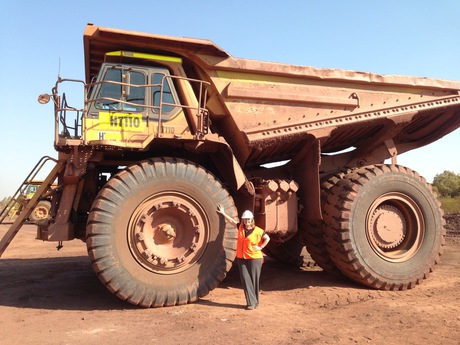 From drug and alcohol abuse to fatigue-related injuries, from mental health concerns to STIs, the issues reported as affecting fly-in, fly-out (FIFO) and drive-in, drive-out (DIDO) workers in the resources industries are numerous and complex.

While the perks of a high-paying job have lured in workers from the cities, the realities of life on the ground in remote areas have proven to be extremely challenging for some employees.

The House of Representatives’ Standing Committee on Regional Australia released a report in 2013 after looking into the use of FIFO and DIDO workforce practices in regional Australia. Throughout the inquiry, the committee heard frequent claims about the health impacts of FIFO work, many found to be directly linked to the social isolation of the FIFO experience.

The committee found that a common concern for FIFO workers was an excessive consumption of alcohol and other substances. This has prompted many mine sites to implement drug and alcohol testing programs to ensure the safety of the site is maintained. 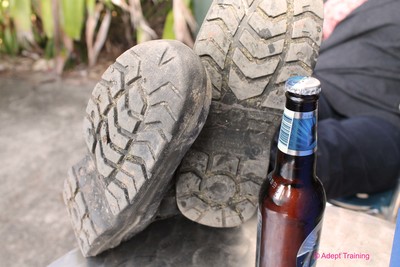 Located at a remote site in the Northern Territory, OM (Manganese) Ltd has recently made improvements to its in-house drug and alcohol testing regime for FIFO workers returning from their leave breaks. In order to ensure all its staff were adequately and consistently trained in the correct drug and alcohol testing in-house procedures and that an unimpeachable chain of custody process was maintained, OM (Manganese) Health, Safety, Environment and Community Manager Paul McHugh called on the expertise of Adept Training.

McHugh points out that while it is a concern that personnel might return to site under the influence, this was an unusual occurrence. He said the rationale for completing the course was to ensure that proper procedures were employed with respect to collecting and sending samples away for confirmatory testing, so that any disciplianary action for non-negative results would be fair.

Adept Training Business Manager Ros Christopoulos has worked in the area of drug and alcohol testing over many years, both as a healthcare worker and an on-site tester. She was able to travel to the site to provide the training requirements requested by McHugh. This not only provided a clear cost saving in terms of travel expenses for the mine site, it also allowed the training to be customised and conducted in a real environment.

During the training, Christopoulos was able to address all the issues associated with implementing an in-house drug and alcohol testing procedure for FIFO workers. “The mine staff are working in a roster situation where they fly in for a number of weeks at a time and then travel back home for a week or two, depending on the roster they are working,” said Christopoulos.

“The mine site needed to be able to test all workers returning to site before they entered the site in order to meet its duty of care for safety on the site. We were able to set up a solution for the mine site and train the staff to ensure the breath testing being conducted as employees arrive back on site was being carried out in a confidential and private environment.” 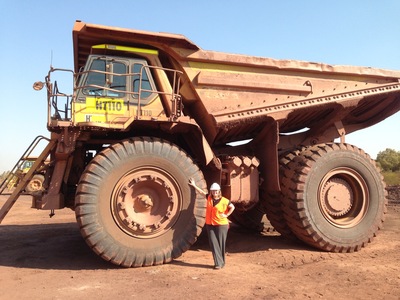 McHugh said: “We undertook the training to ensure we had a good understanding of the correct sample collection methodology with respect to maintaining privacy, relevant Australian Standards and correct chain of custody of samples dispatched for laboratory analysis.”

The course provided by Adept Training has been developed in consultation with industry and meets the criteria of the Australian Standards for urinary drug screening and oral drug screening. A nationally accredited unit of competency has been customised to ensure the participant meets the standards for an ‘accredited collector’. This course is contextualised for the collection of non-blood specimens including saliva, urine and breathalyser to the Australian Standards.

It was important to provide the whole team with the competencies to carry out the testing within the Australian standards, as this is a requirement for conducting on-site testing, said Christopoulos.

“By having in-house testing, the site can ensure employees are tested when they fly back in to start their next roster,” she said.

“The training also provided the correct methodology for collecting a breath specimen for BAC testing, which was also useful to correct some aspects of our procedure,” said McHugh. 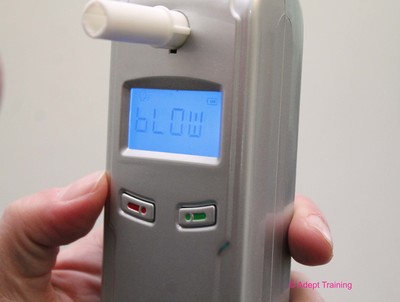 McHugh said the procedure in place prior to the training required the donor of any non-negative results, determined using one of the sample collection cups, being removed from site. The donor was then required to provide a sample in person at an off-site location where follow-up confirmatory testing could be conducted.

“Ensuring that we were able to collect samples in accordance with Australian Standards and maintain chain-of-custody paperwork has meant that we are able to review our procedure to include provision for an employee or contractor to remain on-site while the sample is dispatched for confirmatory testing,” said McHugh.

“This has resulted in significant cost savings - not only in terms of the cost of sample collection by a third party, but also in the cost of transporting that person off-site, potential accommodation costs and loss of time on the job.

“The workforce is very receptive to the testing in general and the changes in procedure have meant less downtime for any personnel providing a non-negative sample as a result of declared medication or sample-cup error,” concluded HcHugh.