Drugs in construction: a number one problem 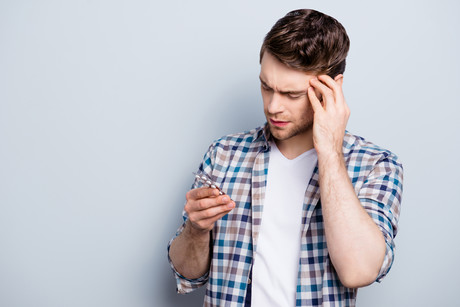 US construction workers are the most likely for cocaine use and prescription opioids misuse (consumption for non-medical purposes) of any occupational group, according to new research. These workers are also the second most likely for marijuana use.

This is according to a US study from researchers in the Center for Drug Use and HIV/HCV Research (CDUHR) at New York University’s College of Global Public Health (NYU CGPH), published in the journal Drug and Alcohol Dependence. To arrive at their findings the researchers analysed a decade of data from the National Survey on Drug Use and Health. The data spanned 2005 to 2014 and included 293,492 participant responses from a nationally representative sample of US adults. From this, the researchers compared responses from those engaged in the construction, extraction and mining sectors (a total of 16,610 individuals, or 5.6% of the sample) with those from 13 other occupations.

Participants had been asked to report on their employment and workplace drug policies, together with whether they had used cocaine or marijuana in the previous month. Their use of opioids for non-medical purposes — such as those not prescribed to them or for them to get high — were also covered. It was found that construction workers, more than any other profession analysed, had the highest prevalence of prescription opioid misuse (3.4% compared with 2%) and cocaine use (1.8% compared with 0.8%). Construction workers came in a close second for use of marijuana with 12.3%, compared with 12.4% for those in service jobs.

“It makes sense that we see higher rates of construction workers using pain-relieving substances such as opioids and marijuana, given the labor-intensive nature of their work and high rates of injuries,” said lead author, Danielle Ompad, who is Associate Professor of Epidemiology at NYU CGPH and Deputy Director of CDUHR. This research out of New York follows other recent US-based research (in Ohio and Massachusetts) which suggests that construction workers are six to seven times more likely than other workers to die from an opioid overdose.

This study also found a correlation between unstable work and work absence with drug use; where construction workers who had been unemployed in the previous week or working for three or more employers were more prone to engage in marijuana use or prescription opioids misuse; and where being absent from work for three to five days in the month previous due to illness or injury meant a two-fold increase in the odds of opioid misuse, while those who missed one or two days of work due to not wanting to work were also more likely to use marijuana and cocaine, and to misuse prescription opioids.

Additionally, it was found that workplace drug policies were most effective against marijuana compared with the other two drugs included in the study. In particular, workplaces that utilised drug testing during the hiring process, conducted random drug testing and where employers had fired workers who registered positive drug test results, were all associated with lower use of marijuana odds. “In the high-risk settings of construction work, where safely handling hazardous equipment is critical for reducing harms for workers, drug testing and other workplace substance use policies may play a role in protecting workers,” Ompad said.

“However, not all marijuana and opioid use is problematic and drug testing cannot distinguish recreational use from medical use. Thus, strict workplace drug policies also have the potential to harm companies and reduce employment opportunities for workers,” Ompad went on to say. “Coupled with reports of high overdose mortality among construction workers, our findings suggest that prevention and harm reduction programming is needed to prevent drug-related risks and mortality among this population.”

The dangers of too much screen time