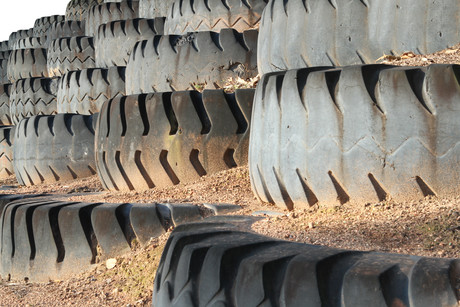 A tyre contractor is set to pay at least $458,219 in an enforceable undertaking after a diesel-powered tyre handler caught fire in 2017, leaving a worker with burns to his head and upper body. The worker was refuelling the vehicle at the Mt Arthur Coal Mine at the time of the incident, according to the New South Wales (NSW) Resources Regulator, which accepted the undertaking.

NSW Resources Regulator Acting Chief Investigator Andrew Tull said Otraco’s undertaking included $385,570 in funding towards safety and community projects. “Under the terms of the undertaking, Otraco will develop and deliver a best practice training package to enhance operator competence in the use and maintenance of earthmoving and off-the-road tyre handlers and make these resources freely available to the industry,” Tull said. “Further, two new internship positions will be created to oversee the video training package development and an $80,000 donation will be made by Otraco to the Westpac Rescue Helicopter Service.” The final $72,649 will repay costs incurred by the Regulator while investigating the incident and monitoring compliance with the undertaking.

“The Regulator is satisfied that the terms of the undertaking will provide greater benefits than could be achieved through prosecution action alone and provide clear and tangible benefits to the workforce, industry and the community,” Tull said. The Regulator previously accepted an enforceable undertaking from Mt Arthur Coal, worth $1,090,750, in relation to the same incident.

“This is the highest value mining work health and safety undertaking accepted in NSW to date. It will deliver significant engineering improvements at the mine, industry training and vital monetary support for the region’s Rural Fire Service,” NSW Resources Regulator Chief Investigator Steve Orr said. Otraco’s contribution brings the undertakings’ combined value to $1,548,696 and comes in addition to an estimated $972,440 already spent by both parties on rectification works, according to the Regulator.