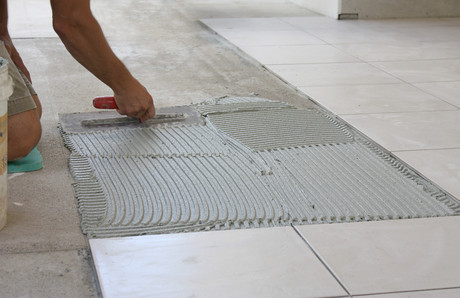 The death of a floor layer in the UK has seen a supplier and flooring company fined over lack of safety precautions.

The floor layer was reportedly exposed to toxic substances that caused his death.

Westminster Magistrates’ Court heard that on 4 September 2015, 30-year-old Paul Tilcock was found deceased on the bathroom floor by the owner of a house in Mitcham. The adhesive used to fix the flooring contained a large amount of toxic substance.

An investigation by the Health and Safety Executive (HSE) found that T Brown Group Ltd had not implemented any systems or procedures adequately to control the risks to its employees from working in an enclosed space with a substance known to be hazardous to health, namely dichloromethane. The decision on whether to wear respiratory protection (face masks) or on what type of respiratory protection should be used was left up to employees. When Mr Tilcock’s body was found he was wearing a completely ineffectual face mask.

Altro Limited, the flooring company that supplied the adhesive, was found not to have ensured so far as reasonably practicable that the product supplied was safe to use at all times.

“This tragic incident which has had a devastating effect on a young family was wholly avoidable. It is important that companies have an appreciation of their duties (whether to its employees or its customers) and have effective systems and procedures in place to ensure that those duties are fulfilled,” said HSE inspector Peter Collingwood.

The Queensland Mining & Energy Union has said that a safety review of labour hire company...

Glencore's Ulan Underground has received the Safety Excellence Award for its dust extraction...

Nurses to convene on Darwin for national conference