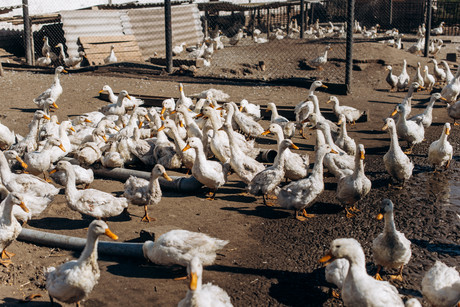 Melbourne County Court has fined a duck farm operator’s trustee and a maintenance contractor $75,000 each, following the death of a worker at a property near Nhill.

According to WorkSafe Victoria, the man died after falling from a front end loader’s bucket in March 2016. On 27 June, Friosal Enterprises’ trustee, Glenn Fraser, and maintenance contractor Armand Von Benecke were convicted and fined following guilty pleas to a charge of failing to provide and maintain systems of work that were safe and without risks to health and — as a self-employed person — failing to ensure persons other than employees were not exposed to risks, respectively.

The Court heard Von Benecke was on the ground, chasing ducks away, while the worker was in the loader’s bucket, preparing the winch motor for fitting. Von Benecke then leaned into the cabin and raised the bucket about three to four metres off the ground so the worker could check the fitting on the roof.

The worker fell to the ground and died at the scene.

Upon investigation, WorkSafe Victoria found that Friosal did not have an occupational health and safety (OHS) policy and procedures manual and that Von Benecke did not have any OHS policy or procedure or a documented procedure for installing electric winches and feeder lines to duck breeding sheds.

WorkSafe Executive Director of Health and Safety Julie Nielsen said the idea of using a front end loader’s bucket as an elevating platform was seriously flawed.

“Falls from height are one of the biggest killers of Victorian workers. They happen on all kinds of sites and to people performing all types of tasks, and employers need to have systems in place to prevent them,” Nielsen said. “This tragic death is a terrible reminder of what can happen when employers don’t consider safety when they are thinking tasks through.”

To prevent similar incidents, WorkSafe Victoria advised that employers can eliminate risk by doing all or some of the work on the ground or from a solid construction and implementing administrative controls. They could also use a passive fall prevention device such as scaffolds, perimeter screens, guardrails, safety mesh or elevating work platforms; a positioning system, such as a travel-restraint system; a fall arrest system, such as a catch platform or safety nets; or a fixed or portable ladder.