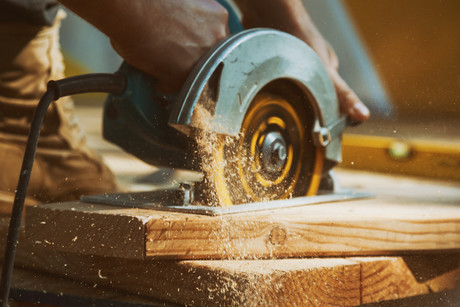 A Toowoomba builder has been fined $75,000 after their failure to instruct a young worker in safe circular saw use resulted in him suffering serious physical and psychological injuries.

According to WHS Queensland, the company pleaded guilty to breaching the Work Health and Safety Act 2011 in the Toowoomba Magistrates Court. They were ordered to pay $1095.80 in professional and court costs on top of the fine. The court heard that the 19-year-old worker suffered from permanent hand injuries while using a circular saw and required 10 surgical procedures, as well as treatment for ongoing psychological issues.

WHS Queensland said the worker had been attempting to rip cut framing timber in half lengthways when the saw moved, grabbing and jumping on the piece of timber and cutting his hand from his little finger to the base of his thumb. The timber had not been secured or clamped down and there were no other workers or supervisors on site at the time.

A WHS Queensland investigation found the worker had not received specific instructions or training from the builder in relation to the circular saw, although he had previously used one. The worker was not instructed, advised or told how to secure the timber with clamps or other means, or told of the availability and use of saw horses or frames. WHS Queensland added that the defendant failed to advise the worker of the option to purchase the timber pre-cut from the point of sale.

In sentencing, the court agreed that the worker had not been given any instruction or supervision in the safe operation of the saw. The court found the circumstances of the breach a “serious dereliction of the defendant’s duty to ensure workplace health and safety”.

The magistrate said the young worker had endured significant lifelong injuries that would adversely and severely impact on his enjoyment of the amenities of life and his earning capacity. In sentencing, the magistrate considered the defendant’s early guilty plea, the absence of prior convictions, a favourable work history, as well as cooperation with the investigation and steps taken since the incident to address work safety issues.