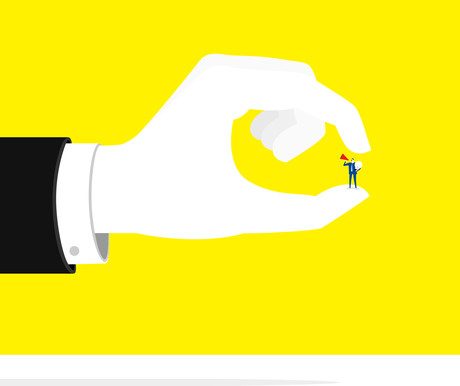 Soon after starting work in a large law firm, Jim* began to experience symptoms of anxiety and depression. He stopped attending the office, sporadically working from home, but his performance remained poor.

His supervisor and the firm’s HR manager allowed Jim’s working pattern to persist. What else could they do? Jim refused to work with a rehabilitation provider; his doctor declined to discuss his condition. Meanwhile, Jim continued to receive a portion of his salary due to the firm’s salary continuance insurance.

According to the Return to Work project developed by The University of Melbourne with beyondblue, Jim’s supervisor and manager should have stepped in much sooner, opening up the lines of communication and incorporating return-to-work planning from the get-go.

“Taking a proactive work-focused approach as soon as possible can help improve return to work outcomes,” the project’s authors note.

Such scenarios are neither extreme nor uncommon. Australian Bureau of Statistics figures show that one in five Australian adults will experience a mental illness in any given year. That means most leaders will at some point manage employees with mental health conditions, the three most common of which are depression, anxiety and substance use disorders.

Tackling these problems head-on can be confronting — but it’s crucial. According to The Mental Health Project, which offers e-learning courses for managers and employees, the cost of unmanaged mental health conditions costs Australian businesses $11 billion per year.

These costs come in the form of absenteeism, low productivity and compensation claims. Finder.com.au research revealed that almost one-third of Australian workers (31%) took a sick day for mental health or stress in the last year, equating to 3.74 million days of lost productivity.

Presenteeism, which occurs when employees are physically present, but psychologically disengaged, can be even more devastating. Pathology Awareness Australia (PAA) figures show that presenteeism cost the Australian economy around $34 billion per annum.

Some managers still subscribe to the view that mental illnesses arise in individuals who are deficient in some way — who can’t hack the pace, or handle the cut and thrust of corporate life, for instance. However, others approach workplace mental health more holistically.

“The leader’s role is not to be a counsellor, or a therapist, or a referrer (to alternative support services) the minute someone comes in with a problem,” Diaz explained. “But we do train managers to become aware that they do have a relationship with their staff, which must be cherished and worked on.”

Workplace bullying and harassment is associated with poor psychological health. Data from the 2014/15 Australian Workplace Barometer (AWB) project found that nearly 10% of workers are bullied in any given year.

Employers bear significant legal obligations under both WHS and workers compensation laws to stamp out such behaviours, and to ensure psychologically healthy environments.

Graeme Cowan, founder of ThriveCentral and a director of R U OK?, said leaders should not ignore incivility. “If they see any evidence of bullying they need to address it immediately (because) it won’t go away by itself.”

Other contributors to poor mental health at work include role strain, job insecurity and overwork.

Yet Cowan noted that less than 2% of employers regularly measure mental distress and psychological safety. “Leaders are very poor at (this),” Cowan said. “In most cases it starts to be investigated only when high levels of stress leave, absenteeism and staff turnover occur.”

Cowan will soon pilot a diagnostic tool called the Tribal Quotient (TQ), designed to measure individual wellbeing and the psychological safety of the work group.

Only a fifth of those surveyed believed that mental health issues were being adequately addressed at work, while a quarter nominated lack of commitment at the top of the business and throughout management as the main barrier.

There’s a long way to go, but getting the right policies and practices in place can promote mental health and wellbeing, SuperFriend CEO Margo Lydon said. An equally important challenge is communicating them.

“Only half of employees are aware of any mental health and wellbeing policies at work,” Lydon said.

*Not his real name.

The Evil PLC: using the PLC as an attack vector against the engineer

Designing a unique can of beer