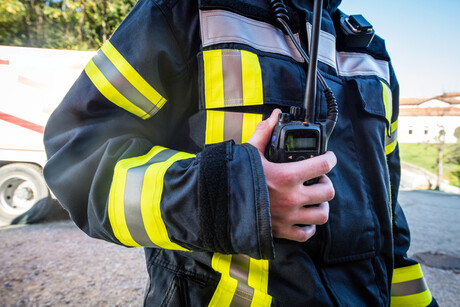 Working at night presents its own dangers. For example, think of road maintenance workers on a busy highway. But let’s not limit these dangers to darkness. In reality, such workers are also at-risk during daylight hours, particularly when visibility can be affected by such factors as rain or generally overcast conditions. No matter what time of the day, deaths and injuries happen.

In a bid to further understand how workers can be better seen, an Optometry research team at the Queensland University of Technology (QUT) conducted a study relating to night-time road workers. They concluded that retro-reflective markers that are positioned in ‘biomotion’ configurations on clothing can significantly enhance the night-time visibility of road-workers. This, of course, can keep the workers safer, particularly in relation to being seen by drivers in passing vehicles and onsite work machinery.

Biomotion refers to retro-reflective markers, usually tape, being placed on a person’s clothing in a way that enables the movement of the person to be easily identified. Markers are usually placed in hoops in the following positions on the clothing:

“Having reflective markers positioned in this way over standard vest configurations, amplifies visual movement significantly. In fact, by having them positioned both at the top and bottom of a workers’ uniform, makes clear the outline of the human body and the direction the worker is actually moving. This is particularly important on busy roads or fast laneways, where drivers are required to ascertain objects and make decisions quickly,” says Cahal Callanan, Blackwoods Own Brand, Product Development Manager, Workwear.

‘Biomotion’ is no longer a niche or specialised term. “For Workhorse we consider Biomotion to be now part of everyday work and safety vernacular and practice, and we aim to continue to grow every workplace’s awareness of it,” says Cahal.

Biomotion will be implemented across the entire Workhorse range, including in New Zealand. Furthermore, it will be available in stretch material which ‘moves’ with the person, as opposed to gathering stiffly and segmenting on clothing. The use of such workwear is not restricted to night-use. As mentioned earlier, visibility of day-time workers can be hampered in various situations, and there are also many indoor and underground work environments where this is also the case.

Safety Wearables Results in a Reduction in Ergonomic Injuries & Claims

The Ninja Premier Cut Gauntlet Glove is made from soft, ergonomically-shaped, nylon and glass...

Blundstone step ahead with market-led insights.