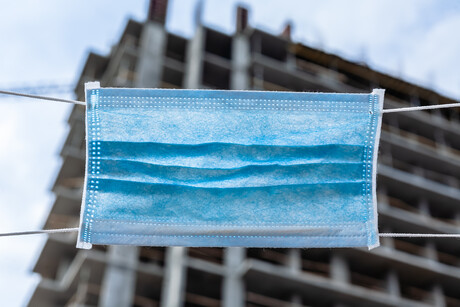 Multiple COVID-19 outbreaks linked to the construction industry, coupled with continued concern about case numbers, transmission risk and reduced compliance, have prompted the Victorian Government to shut down construction in metropolitan Melbourne and other local government areas for two weeks. The immediate, 20 September shutdown action was taken to reduce movement, minimise transmission and allow the industry to appropriately adapt to the Chief Health Officer’s directions, including increasing vaccination rates.

All construction projects in metropolitan Melbourne, City of Ballarat, City of Greater Geelong, Surf Coast Shire and Mitchell Shire will be closed, with a strictly limited exemption for workers to attend the sites to respond to an emergency or perform urgent and essential work to protect health and safety. An amnesty has also been put in place so that a limited number of workers can attend construction sites in order to shut them down safely. All government construction projects in metropolitan Melbourne and relevant LGAs have also been closed, with no new work to be completed, other than work required to make the site safe and secure.

All sites must demonstrate compliance with Chief Health Officer Directions prior to reopening, including the requirement for workers to show evidence to their employer of having had one dose of the COVID-19 vaccine before they return to site on 5 October. From 23 September, all construction workers require at least their first dose of the vaccine. The Victorian Government will work with stakeholders to determine the best way for the industry to show full compliance with the Directions. The Victorian Government will also work with the industry to get as many workers vaccinated as possible, with the priority blitz continuing until 26 September, including walk-up appointments (without a booking) available at key sites. More information about priority vaccine access can be found here. A COVID-19 disaster payment is available to help workers unable to earn income due to public health orders.

Minister for Health Martin Foley emphasised that the health and safety of every Victorian is the number one priority, adding that this also applies to construction workers, who can get priority access for a vaccine appointment.

“We’ve been clear: if you don’t follow the rules, we won’t hesitate to take action — we have seen widespread non-compliance across the industry and that’s why we’re taking necessary steps to protect every single Victorian. We put the industry on notice just a week ago, we have seen appalling behaviour on site and on our streets, and now we’re acting decisively and without hesitation,” said Tim Pallas, Minister for Industrial Relations.

The CFMMEU has addressed the protests that took place in Melbourne, condemning the attack on the CFMEU Victorian Branch Office and the mindless acts of violence perpetrated by members of the mob. “This crowd was heavily infiltrated by neo-Nazis and other right wing extremist groups and it is clear that a minority of those who participated were actual union members,” CFMMEU stated. The CFMMEU thanked the officials, delegates and rank-and-file members of the union who came to protect their office and their officials, and noted that a number of people received minor injuries from acts of violence, including the throwing of bottles. The CFMMEU also extended its gratitude to the officials and members from other construction and trade unions who stood in solidarity with the CFMMEU.

“The union will continue to defend its members’ rights to work safely across Australia and we will not be intimidated from doing our job. These are not actions of people who care about their workmates and the construction industry. They are the actions of extremists or people manipulated by extremists,” concluded the statement.