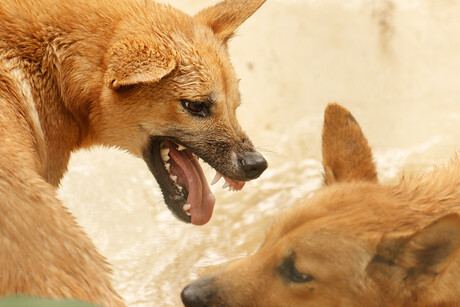 Newcrest Mining Limited has been fined $105,000 and ordered to pay $6255 in costs after a woman sustained serious injuries to several parts of her body during an attack by dingoes. The incident occurred in July 2018 at the Telfer Mine, in the Pilbara region of Western Australia. The worker was a contractor onsite as part of a maintenance shutdown. The worker observed a young dingo jump up on a table, before waving it down. The dingo moved and sat nearby on a grassed area.

The woman took a photograph of the dingo, before feeling another sniff her body. She told it to go away, but it did not move. After spotting a third dingo, the woman decided to place what was left of her sandwich in a bin, leaving her mobile phone on the table with a napkin on top of it. The employee then noticed the young dingo had her phone, before it dropped it near a hedge. When the employee stepped forward to pick the phone up, the two other dingoes attacked her. Other employees heard her screams and came to assist.

The woman was treated at the site’s medical centre and transferred to Port Hedland Hospital by the Royal Flying Doctor Service and then to Royal Perth Hospital. The employee was treated for lacerations and wounds to multiple parts of her body and was later diagnosed with post-traumatic stress disorder.

Since the incident, Newcrest has built appropriate fencing and isolated and secured rubbish bins. Newcrest has also implemented education sessions and reinforced to staff members what to do if a dingo approaches. Acting Director of Mines Safety Sally North acknowledged the staff member’s colleagues, hospital staff and the Royal Flying Doctor Service for assisting the woman after the attack.

“Employers must ensure their staff members are not only safe in their work roles, but in the accommodation associated with mining operations. There have been several incidents recorded at Telfer, including four others where staff members were bitten,” North said.