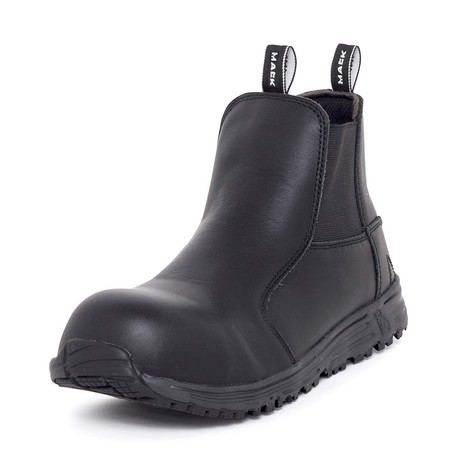 Workplace slips are a major cost to businesses, with 256,000 lost work days in Queensland at a cost of over $60 million.

Statistics also suggest that 11% of grease burns are precipitated by a slip in the hospitality industry, while 2.5 slips occur for every 40 hours worked.

Slip-resistant footwear can reduce these incidents by 54% and is the most cost-effective intervention to reducing slips in the hospitality industry. In addition to this, for every 0.1 increase in the friction coefficient slips are further reduced by 21%.

Mack has launched an innovative range of slip-resistant occupational footwear that exceeds the Australian standard by 122% (AS/NZS 2210.5).

Dr Caleb Wegener, head of Footwear Research and Innovation, stated that the Traction Control footwear range is designed on the movement of the foot while walking to maximise ground contact area through each phase of the gait cycle. The tread pattern also has a unique design based on foot loading patterns and hydrodynamics to optimise fluid dispersion from the shoe–ground interface, which is paramount to reducing slips.

The Mack Traction Control range consists of five styles of safety and non-safety footwear for the breadth of applications in the industrial, cleaning, hospitality and healthcare markets.