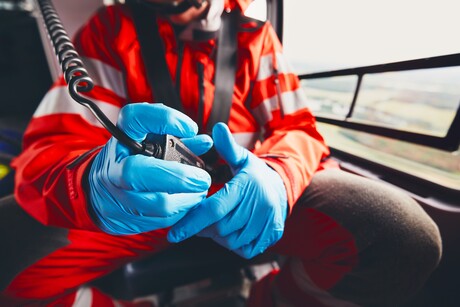 The devastating floods in Queensland and Northern NSW are just the latest in a series of increasingly frequent natural disasters pounding the coastline and countryside of Australia. Once again, the unprecedented scale of flooding has caught governments and citizens by surprise.

Emergency services struggled to respond to the overwhelming calls for help, and their difficulties were exacerbated by the disruption to communications networks caused by the floodwaters.

Furthermore, emergency callers received a recorded message when they dialled triple zero, telling them to call the State Emergency Services. Many residents resorted to social media, while in some areas, enterprising locals carried satellite dishes in on foot and connected these to two-way radios. It was also reported that Elon Musk even stepped in to provide 10 satellites, so that residents in Northern NSW could ask for help and reach out to loved ones.

The situation led NSW Labor Party leader Chris Minns to call for an upper house inquiry into the emergency response to the floods in the Northern Rivers region.

Lessons must be learnt

It is essential that actionable lessons are learnt from these disasters. To help people to safety — and stay safe themselves in the process — first responders must have access to reliable and trustworthy communications.

With a federal election on the horizon, it is very clear that emergency communications is a bipartisan priority for Australia’s government. The 2022–23 Budget (federal) included an allocation of $811.8 million towards improving the resilience of telecommunications infrastructure under the Connecting Regional Australia initiative. The shadow government has also put forward a $650 million plan to improve regional telecommunications.

Further, the federal government has directed the Australian Competition and Consumer Commission (ACCC) to conduct an inquiry into regional mobile tower access, including the feasibility of carriers providing access to other networks during natural disasters. The shadow government has also put forward a $650 million plan to improve regional telecommunications.

Government-led inquiries, designed to better understand communications challenges, and new funding to improve mobile communications infrastructure, are needed. However, mobile networks are just one mode of communication, and can become a single point of failure in certain natural disaster scenarios. It is therefore essential to evaluate multi-channel systems that enable critical messages to traverse multiple networks and methods of communication.

Basic connectivity and network resilience — whether that be cellular mobile networks, radio, satellite or fixed telephony — is essential for communications in an emergency.

However, one of the biggest challenges continues to be reliable, interoperable communications between not only the emergency services and government agencies, but also the community and non-profit organisations that are a critical part of the emergency response ecosystem.

To respond effectively in a disaster, first responders must have access to real-time critical event management (CEM) systems that facilitate two-way or multi-way dialogue. This includes communicating within chains of command, sharing situational intelligence between organisations, and reaching the people most likely to be in danger.

Critical information must be easily accessible through reliable communication channels. To combat network outages, CEM solutions can integrate with a full range of mass communication tools such as two-way radios, loudspeakers and digital displays — in addition to mobile notifications.

A trustworthy emergency communication system should not be generic. Its capabilities should, as far as possible, be pre-programmed and tailored to provide the alerts and the communications links most appropriate to different emergencies.

Such systems can bring multiple benefits that enable a more effective response and ensure the safety of first responders, as well as the wider community. This includes gathering information about a developing emergency, so appropriate action can be determined, and the necessary instructions communicated to first responders. It also includes enabling first responders on the frontline of an emergency to feed back information in real time, such as when they need urgent assistance.

A good emergency communications management system can provide further protection to first responders and the community by providing forewarning of an impending emergency. BlackBerry AtHoc, a system that can communicate quickly and effectively with many people using a range of different channels, can be programmed to take a direct feed of weather information. This can then be used to determine when it is necessary to send an alert to a predefined group of people. However, it is important to note that these alerts can only be as accurate as the information available — and weather forecasts are always subject to change.

Macquarie University in Sydney has 40,000 students and 5000 staff on its main campus. Like any workplace it must have plans in place to respond to a range of threats: fire, flood, cyber attack, civil unrest and other human threats. The university deployed Blackberry AtHoc so that it would be able to contact students and staff instantly and effectively, as well as communicate effectively with emergency services — each of which has its own communication system.

BlackBerry has also jointly developed a system with the University of Windsor in Ontario, to communicate early flood warnings. It collects and processes large amounts of sensor data and applies real-time monitoring and predictive intelligence to analyse this data and generate appropriate alerts that are communicated with relevant parties using AtHoc.

An opportunity for a new approach

As well as investment in telecom infrastructure, it is hoped that the latest government inquiries will also result in significant and ambitious upgrades to emergency communications systems around Australia. This should prioritise holistic systems that remove possible points of failure by introducing interoperable, multi-channel communications. Systems should also maximise effective communication between all relevant parties, to ensure widespread access to the most accurate, up-to-date information.

The NSW Government inquiry is required to “consider responses to floods, particularly measures to protect life, property and the environment, including … equipment and communication systems”. It must also make recommendations, as considered appropriate on the safety of “all emergency service personnel and community first responders” and on “public communication and advice systems and strategies”.

Australia doesn’t only need a strong set of well-informed recommendations to prepare for future events — it needs concrete measures in place to strengthen the resilience of emergency communications. A full review of critical emergency system capabilities, alongside telecom and internet infrastructure, will be critical to establish streamlined, effective communications in future emergencies. This will ultimately enable governments to provide a safer environment for citizens and first responders.

Optometrists regularly face queries from businesses about what is involved in the process of...

When to change welding helmet filters and consumables

No two welders are the same — but, every welder needs a welding helmet. And every welding...

Fit for work: why gender-biased workwear is unsafe

Personal protective equipment, in the form of clothing or footwear, should be made to fit both...