There's no 'healthy tan' in construction 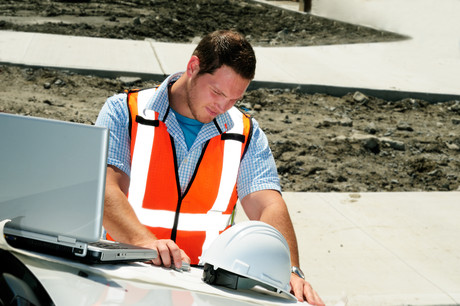 Construction workers are at particular risk of excessive exposure to ultraviolet (UV) radiation due to the outdoor nature of their work, and this risk is heightened during summer. In 2019, a team of researchers from Edinburgh’s Heriot-Watt University, the University of Edinburgh and the Institute of Occupational Medicine in the United Kingdom (UK) set out to measure, for the first time, UV exposure among the construction workforce. “Every year there are more than 3000 cases of skin cancer caused by outdoor work in construction and other industries. Our desire for a tan is stopping us from taking proper care to protect our skin from the damaging effects of the UV radiation in sunlight,” Principal Investigator Professor John Cherrie, from Heriot-Watt University, said. “We love the sun and having a suntan, but unprotected exposure to the summer sun can cause irreversible damage to our skin and ultimately may lead to a diagnosis of skin cancer.”

The researchers set out to better understand the barriers to construction workers adopting sun-safe behaviours, and the association that these barriers might have with vitamin D production, which has been an area of limited research. Given the geographical location of the study, the researchers also examined whether workers could be encouraged to increase vitamin D intake during winter periods, when, in Britain, sun exposure cannot maintain a healthy amount. To do this, the research team studied nine sites across Central Scotland and Greater London, with three waves of data collection, each lasting for 21 days: two during the winter, when UV exposure was low, and one during the summer, when UV exposure was high.

Concentration of vitamin D was measured using blood samples, while wearable electronic sensors measured the UV radiation exposure of individual workers. These sensors logged UV measurements throughout a working day and, during periods of high UV exposure, were mounted on the rear of the participant construction workers’ hard hats. The researchers found that close to half of construction workers on outdoor sites had insufficient vitamin D during the winter, while during the summer there was an increased risk of developing non-melanoma skin cancer brought on by deliberate exposure to UV radiation in the pursuit of a suntan.

UV exposure was measured using the standard erythemal dose (SED). This provides a measurement of exposure, independent of skin type, over an 8-hour day. For persons with light coloured skin, the International Commission on Non-Ionising Radiation recommends a daily limit of 0.3 SED, with anything above 2 SED per day placing the individual at risk of sunburn. Notably, during the summer it was found that construction workers based primarily outside were exposed to, on average, 2 SED per day, with 40% of outdoor workers having daily exposure levels in excess of 2 SED. Those who worked only partly outdoors, meanwhile, were exposed to an average of 0.69 SED, with 12% of this workforce having daily exposure levels that exceeded 2 SED.

The researchers were also interested to see whether short messages sent to workers’ smartphones, together with an appropriate level of organisational support, could influence workers to reduce their exposure to UV radiation in the summer, and increase vitamin D intake during the winter. They found that during the winter such messages were effective, with vitamin D levels being significantly higher after the intervention: from 48% with sufficient vitamin D levels to 88% in the first winter period and 52% to 70% during the second. These findings suggest that a combination of daily messaging together with dietary supplements being made available could help increase vitamin D levels during winter, when UV is too low to be synthesised naturally.

However, it is the findings from the summer period that are most concerning. The researchers found that short safety messaging during the summer period of the study did not influence workers to take protective measures to decrease UV exposure, despite these workers being exposure to SED levels that, over a working lifetime, could significantly increase the risk of non-melanoma skin cancer. The researchers attribute this reticence to adopt sun-safe practices as due to widespread misconception that a suntan is healthy. These findings come as Australia looks set to experience a particularly hot summer, with the Bureau of Meteorology forecasting above average daytime temperatures across Australia for the rest of 2019 and into early 2020. This research was funded by the Institution of Occupational Safety and Health. The full report, titled ‘Nudging construction workers towards safer behaviour’, is available here.