State of silica in South Australia 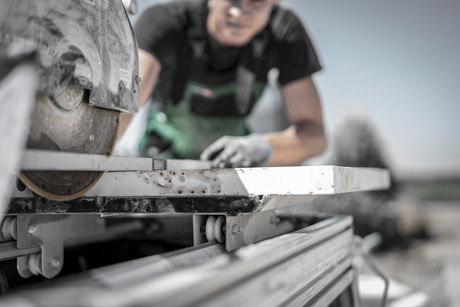 Between February and May 2019, SafeWork SA undertook a proactive audit program of silica risk among construction workers and those who fabricate and install engineered stone products. Safety Solutions takes a look at the audit report, drawing out some of its key findings.

South Australia’s (SA) work health and safety (WHS) regulator, SafeWork SA, conducted its proactive respirable crystalline silica (‘silica’ hereafter) compliance program in two stages. This program was carried out in accordance with the Work Health and Safety Act (SA) 2012 and Work Health and Safety Regulations (SA) 2012. Its audit report was released in November 2019 and its findings identify some important areas for improvement, such as in training and around the use of respiratory protective equipment (RPE).

SafeWork SA commissioned the University of Adelaide’s Adelaide Exposure Science and Health in April 2018 to inquire and report on silica exposure in a sample of SA’s benchtop fabrication workplaces. The research team found that SA has similar exposure results to Queensland and the United States’ Texas. The findings of this report, together with extant research highlighting the problem of accelerated acute lung disease among stone benchtop fabricators, helped inform the regulator’s program approach.

The first stage of the audit program focused on businesses engaged in fabrication and installation of engineered stone products. It encompassed 26 businesses. Engineered stone products typically contain exponentially higher levels of silica when compared with natural stone counterparts, and can contain silica content of as much as 95% (compared with a range of 20% to 60% for natural stone).

The second stage of the audit program had a focus on the construction industry and businesses with the potential for high-level silica exposure. It encompassed 12 businesses. In this stage, construction businesses who “cut, grind and shape concrete, and who regularly work on South Australian construction projects” were targeted, according to the report.

Across these two stages of the audit program, WHS inspectors issued 173 Statutory Notices to Persons Conducting a Business or Undertaking (PCBU) for non-compliances.

It was found that across both groups the inadequate provision of worker information, training and instruction relating to silica was a key issue. This included: “risks of exposure, suitable control measures (such as isolation and administrative controls) and specific training in the use and maintenance of Respiratory Protective Equipment (RPE)”, according to the report. Of the notices issued that were relevant to this issue, 74% were because there was no evidence that health monitoring had been provided to impacted workers — notably, the entire (12 businesses) construction industry group’s PCBUs received notices for this reason.

In the installation and fabrication sector particularly, reliance on water suppression as a sole control measure was found. Numerous workers were observed so-called ‘wet cutting’ engineered stone without RPE, which the report correlates with the inadequate information, training and instruction in the use of RPE observed across the board. Further, 58% of PCBUs were reported to have no evidence of conducting air monitoring to determine silica exposure levels in the workplace.

Recommendations of the report include: the communication of the outcomes of the audit program; unannounced follow-up audits in the next 6 to 12 months to ensure continued compliance and rectification of issues; the generation of further public information resources; and steps to ensure the audit findings inform government about the silica risk in the state.

The full report is available here.

Silica particles are much smaller than a grain of sand and are harmful to inhale into the lungs,...