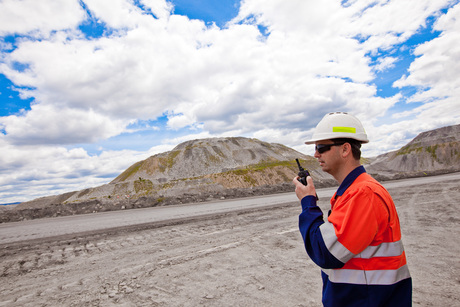 The humble ‘walkie talkie’ has grown into a full-featured, digital device using advanced business apps that extend its value for safety, productivity and efficiency.

Digital mobile radio (DMR) apps allow radio users to do more than just communicate with each other. With hundreds of compatible business apps now available for DMR handsets, users can connect to their smartphones, find the best route to a worksite, check their job tickets, raise an alarm, monitor their health, locate their co-workers, track sensitive equipment and even exchange information with other users on completely different private and commercial networks.

The advent of app-enabled DMR is extending the benefits of digital communication to companies for which safety and security is the number one priority. This is particularly pertinent for companies that have lone workers in isolated locations for extended periods of time.

‘Man down’ apps can save lives by giving organisations immediate recourse with minimal — even zero — user intervention. When a DMR radio is tipped past 45° for 90 seconds — implying that a user is down, incapacitated or injured — an alarm is triggered. The GPS tracking system then sends a link to headquarters using a mapping application that pinpoints exactly where the user is located.

Kerran Deihl manages and monitors the transfer of fuel products between the port, storage facilities, trucks and service stations for New Zealand Oil Services. “Due to the nature of our products, we avoid people working alone as much as possible, but if they have to, we want the control room to be instantly notified of anything unusual,” said Deihl. 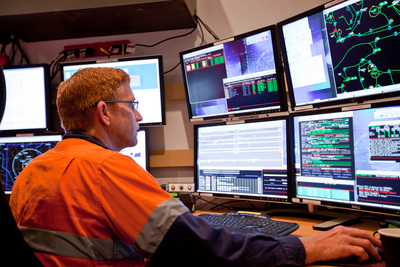 “We’re trialling the man-down system, activated by the balance switch or lack of activity. We’re also looking into GPS for staff locations, as well as direct dial-out to emergency services.”

User inactivity can also be an indicator of potential incapacitation of a worker. This is why many companies that have staff working alone and in remote locations now rely on the ‘Lone Worker’ application. If the worker fails to interact with the radio within a preset period of time, a pre-warning tone will sound.This signals that it’s time for the user to reset the timer by using the radio in some way — for example, by pressing a button or adjusting the volume. If the user still fails to interact with the radio, an emergency call will be initiated back to headquarters.

Jeremy Hayes of New Zealand logging company DH Logging explained how the lone worker app is now being applied in his workplace.

“Tree fellers often work on opposite sides of a hill, unseen by anyone,” he said.

“Previously they had to call in every 30 minutes, but now the radio starts an alert tone at 27 minutes. If they don’t call in within two minutes, an emergency beacon is sent to the whole crew. Workers can get on with the job without worrying about keeping track of time, yet they’re still monitored for safety in the lone-worker situation.”

This application, when combined with the two-way radio’s in-built GPS system, can identify where an injured lone worker is to within a metre by triangulating its position from GPS satellite beacons.

Using voice call recording inherent to its DMR system, companies can also monitor employees and work practices for their adherence to safe working practices. This can be of importance especially after an incident where the existence (or not) of adequate safety measures may be called into question.

“We record all voice calls, which is essential for any incident analysis,” said Hayes. “Where trees are dragged up the flying-fox system we have colour-coded zones to determine where workers should stand. We can record employees as they change zones and are considering GPS tracking functionality on the handhelds to ensure that employees are the correct distance away from the working ropes.”

The benefits of safety and security apps aren’t limited to larger sites. Mundtville Dairy Farm, an independent family-owned business that supplies milk to Synlait, recently installed a new DMR radio system for its 12 staff who travel over the 536-hectare site, as the mobile service can be patchy and unreliable.

“We recently had an incident where a staff member fell off a motorbike and broke his leg,” explained the general manager, David Sloss. “He called us via the radio, we got to him within minutes, took him to the medical centre and he was airlifted to Christchurch. It’s difficult to say what might have happened without the radio — someone might have driven past within minutes. But the next scheduled trip that way wasn’t until 2 pm so it could potentially have been hours before he was discovered.”

“The [new DMR] system has lightened the workload of the drivers,” said owner-operator Angela Chambers. “I can guide a driver to the destination over the radio if need be, rather than having the driver pull over to use the map.

“This system is definitely more efficient and the cost savings are across the board. We’ve not only saved on mobile phone costs, we save time, which is a big factor, by making everything quicker and easier. A job which used to take one hour now takes nowhere near that time. It’s hard to put a monetary amount on the value because there’s so much time saved as well.”

At the University of Canberra, DMR has not only solved an age-old problem of radio black spots on campus, but extended functionality well beyond one-to-one communications.

“We know which staff member is calling even if they can’t speak for some reason,” said Vittorio Cox, manager, security, traffic and concierge, estate management. “Using GPS we can establish how effective patrols are and how busy staff are. We learned that staff do up to 16 kilometres per shift, so now we can manage fatigue and work out how many shifts per week is too many. What was potentially a long-term employment issue can be more effectively managed.”

While business productivity and efficiency apps are still largely accessed through consumer-grade devices, a new generation of DMR radio is today making it possible for companies to leverage their existing investments in digital radio to complement their use of multiple devices in the workplace.

The convergence of voice and data communications on enterprise-grade radio handsets has also greatly benefitted the functionality for which radios are prioritised: safety and security. It’s the combination of enhanced security features and business value-add that makes DMR so compelling for so many companies in a growing number of industries.

How to measure ROI of field service management software

Big Joe Forklifts back in Australia after years abroad