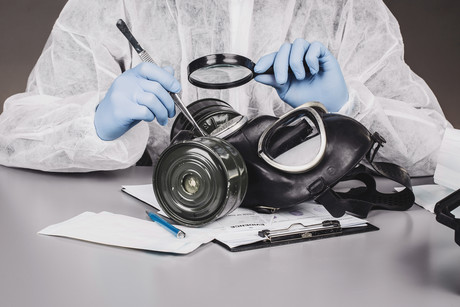 Workers must pass a ‘fit test’ before being issued tight-fitting respirators, with two methods of testing available — quantitative and qualitative. Both types of tests are used to determine if the disposable or re-usable respirator has an adequate seal, by detecting if any air is leaking into the facepiece. However, qualitative tests are pass/fail, based on the user’s sense of smell or taste, while quantitative tests use specialised equipment to measure exactly how much air is leaking through the seal.

Consequently, the application of the two methods varies slightly according to the Australian Standard AS/NZS 1715:2009, with qualitative tests only allowed to be used for half-face respirators, while quantitative tests can be used for half-face, full-face and powered air purifying respirators. Regardless of which test is chosen, the respirator tested must be the same make, model and size as what the worker will use in the work environment.

They must also be tested wearing any other personal protective equipment (PPE) that they will use in conjunction with the respirator, such as earmuffs, safety goggles or prescription glasses, as these can also interfere with the seal. Records of each fit test conducted should be kept, noting the date, the type of test performed, the type of respirator and the test result. As well as before a respirator is issued, fit tests should also be conducted at least annually, whenever a new make, model or size of respirator is issued and if there are changes to the worker’s facial characteristics, such as loss of teeth, weight change or facial hair changes.

Qualitative fit tests involve the use of airborne substances that have distinctive tastes or smells that can be detected by the user if there is a leak. Substances that may be used for the test include:

If the person detects the substance while wearing the respirator, then the test result is a fail. A new test should be completed after adjusting the respirator or choosing a different brand or size of respirator. Qualitative fit tests can be bought as kits, re-usable for multiple tests and substances can then be restocked separately as needed.

Quantitative fit tests involve attaching a specialist instrument to the respirator to measure the amount of leakage occurring at the face seal. According to the Occupational Safety and Health Administration, three quantitative tests exist: generated aerosol, ambient aerosol and controlled negative pressure. In a controlled negative pressure test, the instrument measures the leakage of air through the seal when the wearer breathes in.

When conducting an aerosol test, the instrument measures the concentration of particles in the air and compares this to the concentration of particles within the facepiece, with the ratio of the two results called the “fit factor”. This is the most common test performed in Australia. Ambient aerosol refers to particles already in the air, such as microscopic dust particles, while generated aerosols are non-hazardous particles used for the purpose of the test. In this case, a test chamber is required.

Before each use, a simple positive or negative pressure check should be performed by the user on their respiratory protective equipment. These are only suitable for tight-fitting respirators and “should be used only as a very gross determination of fit”, according to the Australian Standard. In other words, they function as a simple but critical backup seal assessment. 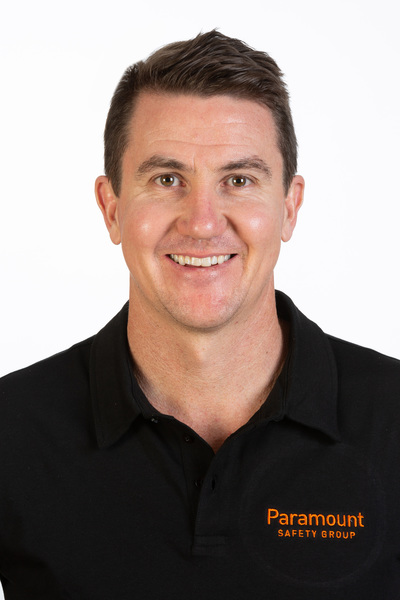 Silica particles are much smaller than a grain of sand and are harmful to inhale into the lungs,...