PPE until 2023: international trends in mining 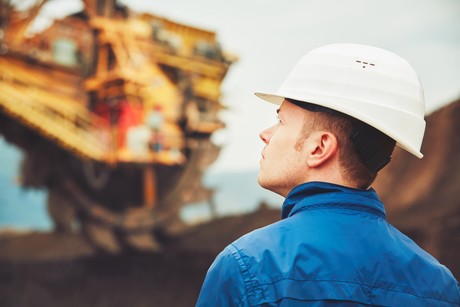 The latest market research into the trends of personal protective equipment (PPE) within the global mining industry suggests that revenue within the sector will be driven by Latin American and Asia–Pacific markets. The mining PPE sector is expected to garner more than US$3.4 billion in revenue by 2023, which constitutes a compound annual growth rate of 4.1% from 2018. A rising global demand for natural resources, an abundance of such resources in certain regions, progressive mining policies, robust work safety cultures and increasing investment by multinational mining corporations in developing economies have been identified as key drivers behind the revenue boost, according to the analysis of Frost & Sullivan.

“As multinational mining companies have expanded their geographic footprint, the focus on developing a safe working environment has increased and has resulted in the industry adopting a ‘safety-first’ culture,” Frost & Sullivan’s Vice President of Research, Sanjiv Bhaskar, said. “This is expected to support the demand for PPE in mining activities in the coming years.” For the purpose of analysis, the global market consisted of eight regions — Australia and New Zealand, Africa, Central and Eastern Europe, China, Latin America, North America, Western Europe, and Rest of World — and seven product segments — above-the-neck protection, fall protection, gas detection, protective footwear, protective gloves, respiratory protection, and workwear.

With US$529 million in revenue, China constituted the greatest contributor to the global mining PPE market in 2018, followed by North America and Central and Eastern Europe at US$511 million and US$450 million, respectively. Yet this recent analysis suggests that the leader board is set to change, with Latin America and the Rest of World (Asia–Pacific especially) to emerge as the fasting-growing markets for mining PPE in the next five years. The scope of the analysis included coal and mineral mining, yet not mining for oil and gas. The analysis noted that emerging economies are seeing rising mineral consumption resultant from rapid industrialisation and infrastructure development, yet also that resource nationalism together with issues such as corruption and access to infrastructure remain as key challenges to investment within the growth regions.

“Geological potential, coupled with the political stability of the host countries, is expected to play a key role in fostering mining activities,” Bhaskar said. “In turn, it is likely to provide PPE manufacturers with additional revenue-generation opportunities in the future.” Concerning these revenue-generation opportunities, the analysis suggests that PPE manufacturers would benefit from: establishing partnerships with mining companies with a presence within growth regions; creating a supply chain that offers efficient and timely delivery of products to mines in remote locations; and developing training programs that assist growth-region mining companies in the promotion and implementation of safety procedures, and a provision for selection and usage of appropriate PPE.

Regarding this final point, the analysis acknowledges that the global PPE mining market is “largely fragmented” and consists of a variety of regional and global participants. PPE products, it is also noted, should suit the particular requirements of the mining industries’ workforce. The analysis also notes that because the global mining sector is made up of corporations that vary from small-scale operations to large multinationals, this has also resulted in a “spectrum” with regard to safety: with a “safety-first” objective present among larger operations, whereas smaller scale operations often do not place the same level of importance on safety. But the analysis also recognises that as multinational mining corporations have extended their geographic footprint, the development of a stronger safe working environment has grown globally.