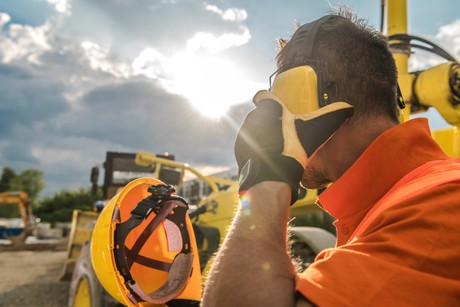 Affecting approximately 4700 people each year, NIHL accounts for 11% of all occupational disease claims. Furthermore, it amounted to $41 million in workers compensation payments and had an estimated total economic cost of around $240 million. This white paper provides insight into the importance of understanding the causes of occupational NIHL and the consequences associated with it — to both individual workers and businesses.

It starts by defining noise, reviewing the way in which sound is measured, and gives some examples of the most common industrial applications where NIHL can occur. The paper outlines the health and safety risks associated with not wearing adequate hearing protection or not fitting it correctly and provides an overview of the physical effects as well as the wider and long-term psychological effects, which are often overlooked. The paper also discusses the challenges faced by health and safety professionals and NIHL’s impact on business — around 1.1 million people in Australia live with an untreated, disabling hearing loss, with financial costs of hearing loss in 2017 estimated to be as high as $15.9 billion.

Often seen as a ‘silent’ injury, since it is not visible, NIHL results from exposure to noise, which can cause irreversible hearing damage. It is one of the most common health problems in the workplace but can be difficult to detect as the effects build up gradually over time. Throughout all industry, industrial hearing loss remains the occupational disease, with the highest number of civil claims accounting for about 75% of all occupational disease claims. One of the main reasons NIHL remains so widespread is a lack of awareness, which can largely be attributed to gaps in legislation combined with inadequate training practices. The white paper finishes by reviewing the changes in regulation which mean that noise and hearing loss is now recognised as one of the most severe and irreversible risks in the workplace.

There are two main types of noise and two basic types of NIHL. The first type of noise is general background noise, such as that found in a busy workplace with whirring machines. The second type is impact noise, a one-time intense impulse such as an explosion. Both types of noise overstimulate the delicate hairs in the ear, leading to permanent injury. Gradually developing NIHL is caused by the first type of noise, whereby permanent cochlea damage occurs from repeated and multiple exposure to loud and excessive sounds over a period of time. However, single exposure to a high-intensity sound pressure level can cause acoustic trauma and potential immediate hearing loss. Sounds of less than 75 decibels (dBA) are unlikely to cause hearing loss, even after long exposure, whereas sounds that are 85 dBA or above can permanently damage hearing. Furthermore, the more sound pressure there is, the less time it takes to cause damage. For example, a sound at 85 dBA could take up to eight hours to cause permanent damage, whereas a sound at 100 dBA can start damaging hearing after only 15 minutes.

Hearing loss can also be caused by workers not wearing adequate hearing protection, or wearing ill-fitting protection, and workers not being properly trained in this area. There are many forms of hearing protection, including earmuffs, earplugs and moulded earplugs, each providing excellent attenuation for different applications. However, if not fitted correctly they let noise in, causing damage. For example, even though an earplug may appear to be inserted properly, there may be a hidden leak which can significantly reduce protection levels. Improper sizing and selection, or even a crease in an earplug, may cause an acoustic leak that is not readily visible. Each hearing protection device has advantages and disadvantages, and to get the right protection it is important to understand what each has to offer. Earmuffs for example are good for intermittent use and protection, especially in construction work, but the level of attenuation is not always as high as that of well-fitted foam tips since they fit over the ear, rather than in the ear canal.

What does the worker physically feel, and what are the perceivable effects? If hearing loss develops slowly, the first symptom of NIHL may be difficulty hearing a conversation against a noisy background. The worker may also experience muffled sounds and tinnitus, and will lose audibility and experience an overall decrease in volume. Hearing will also become distorted and clarity will be lost. Tinnitus may present itself in a number of ways — it may sound like an intermittent or continuous buzzing, humming or ringing, when there is no external cause for the sound. The sound may be heard in one or both ears, or in the head. Tinnitus is very common and is reported in all age groups, even young children. According to Better Health Victoria, approximately 17 to 20% of Australians suffer from some degree of tinnitus, varying from mild to severe. About one in six Australians have persistent tinnitus symptoms. For those that experience an extreme loud burst of sound, the eardrum may rupture and bones in the middle ear may be damaged. In this case, the worker will suffer an intense pain. However, the effects are more than just physical.

Hearing loss can have long-term psychological effects and a wider effect on a person’s overall health and wellbeing. It is these effects that are often overlooked. Not being able to hear properly can have a devastating negative impact on communication and this will have wider adverse effects on social interactions. Being unable to communicate in a way that someone is used to means that person may become withdrawn and start to feel isolated. This in turn can lead to a reduced self-esteem, shame, fear, anger, stress and depression. Tinnitus may also be a constant presence, leading to loss of concentration and preventing someone from sleeping properly. Effects of NIHL are not only felt by individuals; there are also significant implications for a business. NIHL is becoming ever more prevalent, and the cost of failing to protect workers and following set procedures can hit the bottom line heavily. In 2001–02 the direct cost of occupational NIHL to Australia was just over $30 million.

Gaining a reliable picture of actual noise exposure levels and how these evolve over time is no easy task. The good news is that the latest technologies make these challenges far easier to overcome. Some solutions, for example, activate an automatic fit test during start-up, which tells the worker when they have fitted their hearing protection correctly. They also monitor sound exposure continuously, alerting the user whenever the permissible sound exposure level has been reached. Users can also perform a quick hearing test to monitor their hearing threshold. This will make it possible to detect a NIHL at a much earlier stage than today. By embedding sensors in personal protective equipment to capture data at the point where the individual enters the working environment, the latest connected technology also enables safety and plant managers to track and analyse noise exposure data over time. This allows them to determine exactly how long a worker can stay on task and still be safe and change working patterns accordingly if necessary. Armed with real-time data and intelligence, plant and safety managers can also check whether workers are wearing the right type of protective equipment and have had the correct training.