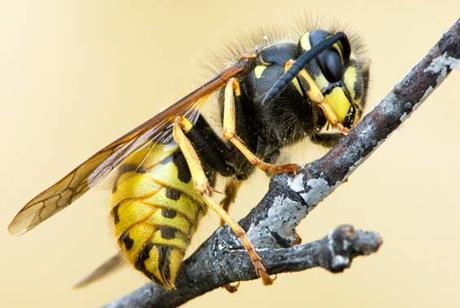 Good communications, prompt action and the right medication made the difference between life and death when a pest control contractor in New Zealand came into conflict with a swarm of angry wasps.

On a dry morning in the rolling Southland hills above the Mataura River in New Zealand, contract trappers Nathan and Stephen were getting ready for a lunch break. They’d spent a productive few hours setting possum traps for the TBfree pest control program for Contract Wild Animal Control (CWAC) on Department of Conservation land at Mokoreta. They were looking forward to a cold drink and a sandwich before the day got too hot.

The incident that followed tested the standard emergency response guidelines and prompted a reissue of the fact sheet First Aid in the Field by primary services not-for-profit company OSPRI, which manages the TBfree and NAIT programs. The organisation also produces guidelines and information sheets to help contractors do their important work safely and efficiently.

Nathan inadvertently dropped a bundle of possum traps on top of a wasp nest, and he quickly became the target of an attack by the disturbed residents. He was stung many times, all over his body, and within minutes started feeling a tingling in his hands and arms.

His trapping partner, Stephen, said later that although he was uncomfortable and hurt by the stings, he was walking all right and his talking was fine. But the tingling wasn’t getting better and, rather than press on, Stephen phoned for help from Terry, another contractor who was out working on the same block. They agreed that the pair should stop work and start heading out of the bush to get help. Nathan’s hands and legs had started to swell, and he was disoriented, having trouble swallowing and becoming incoherent.

It took about an hour to get to open ground 800 m away. Stephen had to lift Nathan over the fence, and he phoned for help at 2 pm. Back at CWAC Team Camp in Wyndham, owner Adrian Gutsell fielded the call and immediately headed out to help, along with Ernie Mason. They were carrying the syringe and ampoule of injectable adrenaline that is standard equipment in their company trucks. All personnel are trained in their use for just such an emergency. Back at the company office in Te Anau, Esther Kinsey got the emergency services dispatched and kept the lines of communication open.

Stephen updated the team on Nathan’s condition, and it wasn’t good: Nathan was curled in the recovery position, struggling to breathe and Stephen was working to keep his airway open. Adrian called Lyndon Dynes, the Southland TBfree supervisor, to notify him of incident. When the team got to Nathan at about 2.30 pm, Ernie was able to administer half an ampoule of adrenaline, so they could get him down the road to a farmhouse, where a helicopter was able to land and evacuate the patient.

Ambulance personnel, the helicopter pilot and the local police were concerned about Nathan’s condition. He was loaded into the helicopter and flown to Invercargill hospital for heart monitoring (due to adrenaline use) and in case of any possible relapse. His condition deteriorated on the way to the hospital and he needed further treatment. Esther tried to contact Nathan’s next of kin about the emergency and left a message for them to call as soon as they could.

She was able to speak to Nathan in hospital at 4.30 pm, and it was good news. He was stable and being monitored. The message had got through to his partner, and she was on the way to see him. The team’s good decisions and prompt action had saved Nathan’s life.

At a team debrief back at the team’s base in Wyndham, senior ambulance staff praised the team’s support, saying the administration of adrenaline was critical in achieving the best outcome. Their familiarity with the right response to a wasp-sting emergency and their access to the right equipment meant they were properly prepared when they most needed to be.

One of Esther’s immediate actions was to order more adrenaline kits so that all staff could carry them at all times — a win for everyone’s health and safety, and the best imaginable result for Nathan and his family.

To download the fact sheet First Aid in the Field, visit ospri.co.nz.

As with all content published, readers are advised to perform a thorough risk assessment and seek qualified professional and medical advice before using any equipment or procedures.