While there were 7299 emergency department presentations in Victoria for work-related eye injuries, in Queensland, there were 2144 cases, states the report. There were 822 accepted serious claims for eye injuries in the workers compensation data provided by Queensland, South Australia and Tasmania for the 2-year period, it adds. These claims involved the injured worker requiring one or more weeks off work. Eye injuries can be avoided by wearing the right safety glasses. The use of the correct safety glasses will ensure the safety of workers and help employers avoid injury and claims costs. 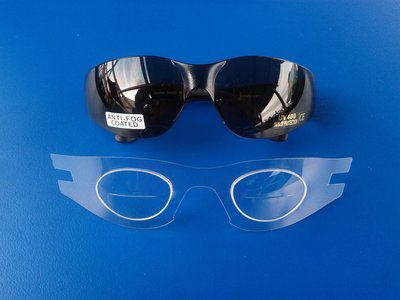 Mehringer says the biggest challenge was finding the right material for the foil. This was difficult as he had to come up with a material that could hold optic lenses, was flexible and could slip into glasses. If the wearers of prescription safety glasses scratch a lens, they could be off work for days till they get replacement glasses. As against this, if the IC Safety frame is scratched then the prescription foil can be removed and clipped into another frame, allowing the worker to be back on the job very quickly, says Mehringer.

The company’s key target sectors include mining, construction and medical services, says Mehringer. The IC Safety System has already been sold to a number of companies such as BP Australia,  Downer EDI, Origin Energy, Sullair and Programmed Maintenance Services amongst others. The system has also bagged an ABC show New Inventors award.

Top tips: choosing the best work boots for any job

A long day in the wrong boots can leave workers with a sore back and aching legs by knock-off...

Noise-induced hearing loss has an alarmingly high incidence, particularly in the industrial...

Optometrists regularly face queries from businesses about what is involved in the process of...