Black lung does not discriminate on age 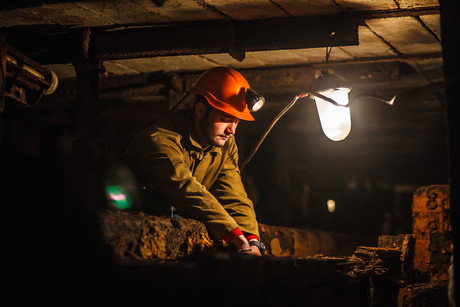 A new video uses the testimonies of coalminers in their 30s and 40s to shatter myths around black lung and urge early health screening for signs of the disease.

‘Black lung’ is a condition affecting coalmine workers that is caused by the inhalation of too much coal dust. The National Institute for Occupational Safety and Health (NIOSH) — a US research agency dedicated to the study of worker health and safety — has released a video that seeks to raise awareness around the disease and to highlight that it is a condition that affects young as well as older miners. The video also aims to raise awareness around the personal costs of the disease and to encourage coalminers to take part in health screenings.

“Black lung is entirely preventable, and if effective dust controls are carefully applied and dust levels are accurately monitored, we will be one step closer to eradicating this disease,” Anita Wolfe, a public health analyst and the Program Coordinator of NIOSH’s Coal Workers’ Health Surveillance Program (CWHSP), said. “NIOSH encourages miners to take advantage of free screenings in order to detect the early signs of black lung, often before the miner is even aware of any lung problems.”

In the US, instances of black lung disease, also known as coal workers’ pneumoconiosis, have more than doubled on the last 15 years, which makes the video’s message critical. The video, titled Faces of Black Lung II – The Story Continues, receives an introduction from the Centers for Disease Control and Prevention’s Principal Deputy Director Dr Anne Schuchat, who urges coalmine workers to participate in early screening to detect signs of black lung. It is a follow-up to a video released more than 10 years ago — titled Faces of Black Lung.

In the video coalminers receive a history of miner protection programs, including the Federal Coal Mine Health and Safety Act 1969 and the establishment of CWHSP. It also includes testimonies from three young coalminers who have been afflicted with the disease and are now confined to their homes. These miners are in their 30s and 40s, considerably younger than the workers who appeared in the original Faces of Black Lung video, who were in their 50s.

The follow-up video also features commentary from medical experts who detail the severity of the disease as well as its implications. A key message of the video is that black lung can occur in coalminers of all sizes, while certain mining jobs such as continuous miner operations, surface drillers and blasters, and those engaged in smaller mines have been found to be at particular risk of developing black lung. Detecting the early signs of black lung can allow miners to adopt steps that may prevent these signs from progressing to more severe lung disease.