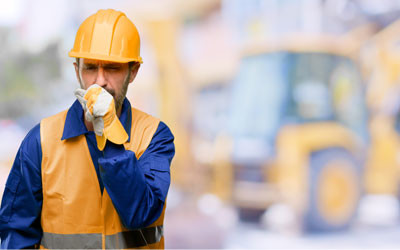 Mesothelioma, an asbestos-associated cancer, claimed at least 699 Australians lives last year, according to a new report released last month by the Australian Institute of Health and Welfare (AIHW). And Australia has one of the highest measured incidence rates of the cancer in the world, with between 700 and 800 Australians being diagnosed with mesothelioma each year. The aggressive cancer occurs in the protective lining inside body cavities and outside internal organs, with survival rates being lower than other cancers.

The report — titled ‘Mesothelioma in Australia 2018’ — was released on 28 August 2019 and brings together the latest information from the Australian Mesothelioma Registry (AMR) together with data from the National Mortality Database (NMD), the Australian Cancer Database (ACD) and the National Death Index (NDI). It finds that in addition to 699 Australian deaths last year, an additional 662 people between the ages of 22 and 101 were diagnosed with the disease — with the AIHW expecting the 2019 figures to rise as more notifications are added to the AMR.

The report also notes a steady rise in new cases of mesothelioma in Australia from 1982 to 2017, with an increase of 135 to 631 cases for men and 22 to 128 cases for women. Due to its aggressive nature, and because the condition is often diagnosed at an advanced stage, there has been little improvement in the cancer’s poor prognosis over time: with most people diagnosed with the cancer dying from it and with the 5-year relative survival rate remaining stable at approximately 5.5%. Across the 2015–2018 period, age-standardised rates of mesothelioma varied across Australian states and territories, from 1.1 cases per 100,000 people in Tasmania to 4.4 cases per 100,000 people in Western Australia.

Included in the report are the results of an April 2019 asbestos exposure assessment survey. Mesothelioma patients diagnosed since July 2010 were recruited for the assessment, in which almost 1000 voluntarily took part (791 men and 206 women). Of this number, 891 (702 men and 189 women) participated in both a questionnaire and telephone interview as part of the assessment. It was found that 93% (830) were assessed as “having possible or probable exposure to asbestos”. Of this number, 79% (524) of men provided information indicating possible or probable occupational exposure, compared with 6.7% (11) of women. Conversely, 99% (164) of women provided information indicating non-occupational exposure, compared with 85% (565) of men.

Australia’s consumption of asbestos peaked at around 700,000 metric tonnes during 1970–1979. Asbestos was mined and imported and used in the construction industry due to its durability and fire and chemical resistance. The import and use of asbestos and asbestos-containing products is prohibited in Australia; however, a large amount of asbestos still remains in the built environment.

The AMR collects information on mesothelioma diagnoses in Australia since 1 July 2010. Its main goals, as stated in the report, “are to better understand the relationship between asbestos exposure and mesothelioma, to assist in the development of policies to best deal with asbestos still in the environment, and to provide information to policy makers and researchers”. The AMR is funded by Safe Work Australia and has been managed by the AIHW since 2017.

More information, including a copy of the report, can be found here.

Fit for work: why gender-biased workwear is unsafe

Personal protective equipment, in the form of clothing or footwear, should be made to fit both...