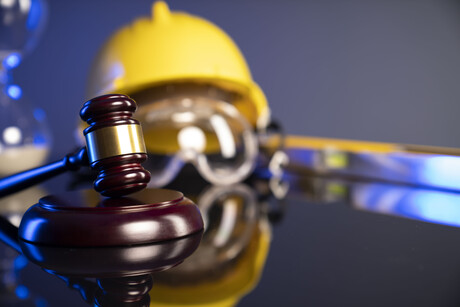 Western Australia’s (WA) Work Health and Safety Bill 2019 has been passed by the Legislative Council and will receive royal assent soon, after consideration of amendments by the Legislative Assembly in November. The new Work Health and Safety Act (WHS Act) will replace the current Occupational Safety and Health Act 1984, and elements of the Mines Safety and Inspection Act 1994 and the Petroleum and Geothermal Energy Safety Levies Act 2011 that relate to work health and safety (WHS).

When assented, the WHS Act will not be operational until regulations are complete; work to develop the regulations is currently underway and will continue in 2021. It was then sent to the Legislative Assembly for the final vote, which was expected to take place on 3 November, and will become law once the supporting regulations are finalised next year.

The new laws will offer greater protection to WA workers, capturing modern employment relationships, such as subcontractors or casual workers, not just the employer/employee relationship. In particular, the laws will introduce the term “person conducting a business or undertaking”.

Premier Mark McGowan said that the Bill modernises WA’s outdated workplace safety laws, which were more than 30 years old. “I’m very pleased that the Work Health and Safety Bill has finally passed the Upper House,” McGowan said. “The health and safety of Western Australian workers is one of my government’s key priorities; every worker has the right to come home safely from work each day.”

The new legislation includes criminalising industrial manslaughter, with a maximum penalty of between five and 20 years’ imprisonment for an individual and a maximum $10 million fine for a body corporate. The legislation also includes increased penalties, prohibiting insurance coverage for WHS penalties and the introduction of enforceable undertakings as an alternative penalty.

Harmonisation with other states and territories

The new laws will also harmonise WA with other states and territories, except Victoria, though amendments have been made to tailor the laws to reflect the unique state. This means that companies across Australia will have similar obligations and requirements in each Australian state and territory.

The Bill follows the increases in workplace penalties introduced by the McGowan government in October 2018, including Level 4 (the highest) offences attracting a maximum $2.7 million penalty for first offenders and $3.5 million for subsequent offenders, up from $500,000 and $625,000, respectively. The Bill also increased Level 1 (least severe) penalties from $50,000 to $450,000 for first offenders and from $62,500 to $570,000 for subsequent offences.

Industrial Relations Minister Bill Johnston said the new legislation brings all industries — general, mining and petroleum — into one WHS Act, but with separate regulations, to assist WA businesses with their safety obligations. He added that the legislation reflects the social obligations and responsibilities the community expects from companies and their senior management, including consideration of mental health and wellbeing, alongside physical safety.

“I’m very pleased that we have significantly increased the maximum penalties available to the courts for companies and directors responsible for workplace tragedies,” Johnston said. “This will act as a deterrent and ensure all workplaces focus on improving safety culture.”

Transitional arrangements will be in place, to provide time for workplace participants to become familiar with the provisions of the WHS Act and for duty holders to adapt their safe systems of work to the new requirements.

Also, Department of Mines, Industry Regulation and Safety is developing resources to help workplace participants adapt to the new laws; the resources will be available closer to the date the new laws become operational and will provide information about the new regulations.