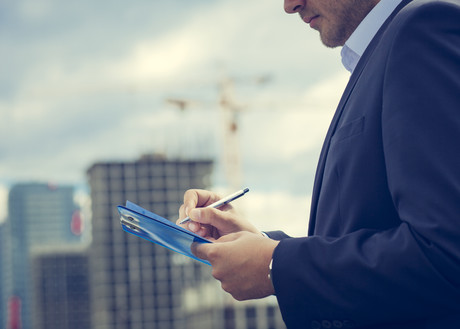 A building surveying company and its two directors have been fined $35,000 for negligence after approving three buildings that failed to comply with fire safety requirements. Resolve Group, Scott Michael Roberts and Kieran James Hunt were fined $15,000, $12,500 and $7500 respectively at Western Australia’s (WA) State Administrative Tribunal on 28 October, following disciplinary action initiated by the WA Department of Mines, Industry Regulation and Safety’s Building and Energy Division.

The tribunal heard that in 2015, Resolve Group issued a Certificate of Construction Compliance (CCC), signed by Roberts, declaring work on an $11 million East Perth apartment development had been completed according to approved plans and specifications and that the finished building met applicable building standards, according to Building and Energy.

Based on the CCC, the City of Perth issued an occupancy permit for an apartment building, which was later found to be non-compliant with fire safety standards due to absent or incorrect fire-stopping materials. Building and Energy said it had previously taken action against building practitioner Rodney Obeid for failing to properly manage and supervise work at the same complex.

The tribunal also heard that in 2013, Resolve Group issued a Certificate of Design Compliance (CDC), again signed by Roberts, for a $200,000 renovation. This certificate declares a building will comply with applicable building standards if it is completed according to the plans and technical details provided, Building and Energy explained. In this case, the CDC failed to include the performance-based or alternative solution on fire protection with respect to construction of the first-floor external walls, Building and Energy said.

Resolve Group and Roberts admitted they had been negligent while carrying out this work, as a result. Finally, the Tribunal heard about a $1.1 million apartment development in Belmont where Resolve Group issued a CDC, signed by Hunt, despite the original accompanying drawings featuring seven windows that lacked the necessary protection to meet the applicable building standards. Building and Energy Acting Executive Director Saj Abdoolakhan said the fines “reflect the seriousness of the missing or incorrect compliance details, which could have had catastrophic outcomes in the event of a fire”.

“The relevant local government permit authorities are aware of the situation at these buildings and have legislated powers to enforce building standards. The building surveyors involved acknowledge their negligence and have committed to improving their practices. We will continue to take action against building industry participants who do not meet their obligations, particularly when their actions can jeopardise community safety,” Abdoolakhan concluded.

An Industrial Relations Working Group, established by the NCCC, will help businesses operate and...

The new and independent WorkSafe ACT has commenced operations, and will function as an...

From 1 July, the workplace exposure standard for respirable crystalline silica reduced by half in...

Flying Fish winery back in business

The show must go on: Foodservice Australia still running

Why good data management is the key to quality patient care

AI on the COVID-19 frontline and beyond