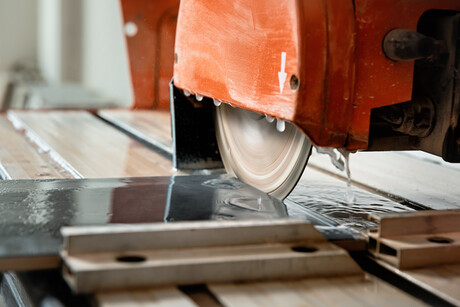 From 1 July, the workplace exposure standard (WES) for respirable crystalline silica (RCS) reduced by half in six Australian jurisdictions: the Australian Capital Territory (ACT), New South Wales (NSW), the Northern Territory, Queensland, South Australia (SA) and the Commonwealth. The move follows the reduction in the WES for RCS under the model Work Health and Safety (WHS) laws, and comes after the implementation of the updated WES in the Victorian jurisdiction in December of last year.

The new standard was agreed by WHS Ministers after a review of safe exposure levels by Safe Work Australia (SWA). Resultant from this review, the WES for RCS will halve from an eight-hour time-weighted average of 0.1 milligrams per cubic metre (mg/m3) to 0.05 mg/m3 under the Work Health and Safety Regulations 2011. The updated WES for RCS does not have effect in a jurisdiction until it is implemented by that jurisdiction.

Silica dust poses significant hazards to workers and can cause illness and diseases. Employers are advised that they should keep worker exposures as low as reasonably practicable, and that if there is any doubt that the exposure standard is being exceeded (or to find out if there is a risk to workers’ health), air monitoring should be conducted. Under the WHS Regulations, health monitoring should be provided for workers who carry out ongoing work generating, handling, storing or using crystalline silica and there is a risk to workers’ health due to exposure.

Silica is common in extractive industries and its use is widespread in manufacturing processes. It is typically found in industries such as cement manufacturing, construction, foundries, quarrying, tunnelling and mining. Workers are at risk when they crush, cut, drill, grind, polish or saw products that contain silica. When dust particles — small enough to lodge deep in the lungs — are generated, illness and disease, including silicosis, can occur. The responses of jurisdictions implementing the standard this month are summarised below.

The ACT Government highlighted the importance of the revised standard, and has also called for further reductions of WES in the future. “Although the new nationally agreed workplace exposure standard of 0.05 mg/m3 effectively halves the previous standard, the ACT Government is encouraging businesses to go lower as we know it is still possible at this level for workers to develop adverse health conditions such as silicosis,” Suzanne Orr, the state’s Minister for Employment and Workplace Safety, said.

“The recommended health-based exposure standard for silica dust is actually 0.02 mg/m3 and the ACT Government will be working closely with other jurisdictions to further reduce workplace exposure standards over the next two years,” Orr said. “As technology is better able to measure the lower standard of 0.02mg/m3, national work health and safety requirements should be decreased.”

The NSW Government announced a comprehensive series of reforms to coincide with the revised standard, intended to help ‘stamp out’ silicosis. Changes include making silicosis a scheduled medical condition, enabling NSW medical practitioners to notify NSW Health of any identified cases of silicosis, the information of which will then be provided to SafeWork NSW.

“Making silicosis a notifiable disease is the next step in our journey to stamp out silicosis cases in this state,” Kevin Anderson, the state’s Minister for Better Regulation, said. “Once NSW Health notifies SafeWork NSW of cases, our inspectors can target their compliance and enforcement efforts based on each diagnosed individual’s current or previous workplaces and ultimately prevent further cases.”

Anderson also used the occasion to announce a ban in the state on uncontrolled dry cutting and grinding of stone and manufactured stone, and that a maximum penalty of $30,000 will be issued for non-complying corporations. “We know dry cutting is a key cause of silica exposure, and it’s highly preventable by wet cutting or using the right dust capturing measures,” Anderson said.

NT WorkSafe, as part of its announcement, stated that results from a silica compliance campaign run in the previous year demonstrated understanding of the dangers of silica and that compliance with WHS requirements was ‘very high’ — with NT WorkSafe Inspectors only issuing three improvement notices and two prohibition notices over the duration of the campaign.

Further information is available on the ‘crystalline silica and silicosis’ section of the NT WorkSafe website, visit here.

In addition to the implementation of the revised standard, Workplace Health and Safety Queensland announced that it will resume audits of stone benchtop fabrication businesses, as part of ongoing compliance and enforcement activities. The audits will run until mid-2021 and are designed to assess workplace compliance with the ‘Managing respirable crystalline silica dust exposure in the stone benchtop industry — Code of Practice 2019’, which came into effect in the jurisdiction in October 2019.

SafeWork SA directed its jurisdiction’s workplaces to the findings from a proactive RCS compliance campaign for exposure risks and controls, and expressed a view — based on the findings in its audit report — that, as far as reasonably practicable, businesses should already be reducing exposure to workers to the lowest achievable levels.

Comcare advised that it will continue to work with duty holders to ensure they are managing risks of RCS and applying the new WES, and directed those in its jurisdiction to further information on silica available here, on the Comcare website.