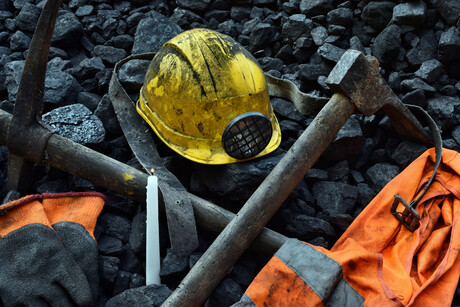 Mining executives are now facing up to 20 years’ jail if Queensland mine and quarry workers die because of their criminal negligence, following the passing of tougher mine safety laws by the Queensland Parliament on 20 May. “This offence sends the clear message to employers and senior officers that the safety and health of their workers is paramount,” Queensland’s Mines Minister, Dr Anthony Lynham, said about the new laws. “In the past two years we’ve had eight workers die, and a gas explosion in an underground coalmine has put five miners in hospital. It’s not acceptable. Safety on a mine site is everybody’s responsibility.”

The new laws also require people in critical statutory safety roles in coalmines to be mine operator employees, not contract workers, which will enable critical officers to raise and report safety issues without fear of reprisal or impact on their employment. “Creating the offence of industrial manslaughter is to ensure senior company officers do all they can to create a safe mine site,” Dr Lynham said. “These new sanctions bring the resources sector and its workers in line with every other workplace across the state — but with higher financial penalties.”

The new, expanded industrial manslaughter laws are part of the state’s suite of mine safety and health reforms designed to protect Queensland’s 50,000 mine and quarry workers. These extant reforms include increased maximum penalties for offences to $4 million and powers for the regulator to issue fines without going to court. Other earlier reforms by the Palaszczuk government include state-wide safety reset sessions for mine and quarry workers to refocus on health and safety, and programs for the better detection and prevention of black lung.

The union — CFMEU Mining and Energy — welcomed the passing of the expanded industrial manslaughter laws, believing they will help save mineworker lives. “Where mineworkers die due to negligence, there should be consequences. These laws aren’t just about punishing the guilty. They’re about making people accountable for safety on their watch,” CFMEU Mining and Energy Queensland President Stephen Smyth said. “Mine safety is a multidimensional issue and there is no silver bullet, but accountability for individuals in positions of authority is absolutely critical.”

A self-employed builder died after falling approximately three metres on 4 May 2020 at a...

New COVID-19 industry resources include: for accommodation services and tertiary education, from...