Mining and quarry practices under review after worker death 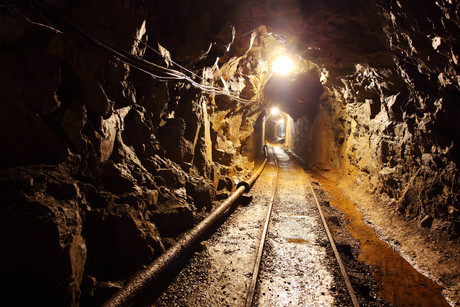 Queensland’s mining health and safety practices and laws are under review following the death of a coalmine worker on Sunday, 7 July, marking the sixth mining and quarry-related death in the state in 12 months.

Baralaba North Coal Mine operator 27-year-old Jack Gerdes was fatally injured after 1.30 am on Sunday, while working in the mine’s pit. According to the mine’s contractor, Golding, Gerdes was found on an excavator’s stairs with injuries to his head, face and limbs. It is believed he became caught between the excavator’s body and stairs’ safety rails and was injured as the stairs descended.

The Department of Natural Resources, Mines and Energy, Golding and the police are still investigating the incident; however, Golding believes no other mining equipment or personnel were involved. The site was immediately shut down and remains closed as of 10 July.

The high number of recent mining and quarry-related incidents led Stephen Smyth — Construction, Forestry, Maritime, Mining and Energy Union’s (CMFEU’s) Mining & Energy Division Queensland President — to release a statement on 8 July, declaring that Queensland’s mining industry was in a “safety crisis”. In his statement, Smyth called for “all Queensland coalmines to stop production for a minimum of 24 hours as a show of respect and for serious reflection to occur”.

In his statement, Smyth expressed that the stay of production would allow the state government, mining companies and workers to reset the industry’s safety culture and practices. It would involve empowering all workers to speak out about safety concerns; requiring companies to commit to a set of principles to ensure workers can raise safety concerns without fear of reprisal; introducing Industrial Manslaughter laws and unannounced inspections at all mines by Industry Safety and Health Representatives; as well as strengthening the role and capacity of the industry regulator.

“Every worker should return home safely at the end of their shift,” Smyth said. “There needs to be an urgent industry reset.”

In a statement, also released 8 July, Queensland’s Minister for Natural Resources, Mines and Energy, Dr Anthony Lynham, announced that two independent reviews are underway: the findings from which will be used to help improve mining and quarry workers’ health and safety.

The first, which is being conducted by forensic structural engineer Dr Sean Brady, will look into all fatal mining and quarry incidents since 2000, focusing on “why mine workers have died over the past 20 years, how the industry can improve and how the mines inspectorate can work better”. In a separate review, the University of Queensland will examine the state’s mining health and safety legislation to ensure it is relevant to current and emerging mine practices and technologies, Lynham said.

The reviews are due to be completed by the end of 2019, with the findings to be discussed in Parliament.

A targeted intervention program report has highlighted the challenges of managing respirable dust...

Employers have duties under work health and safety laws to manage risks and protect those working...

Two workers have died in separate incidents in Victoria on a single day, bringing the number of...