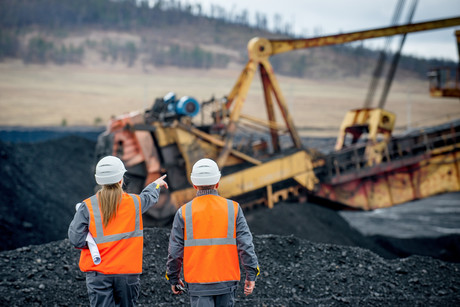 Four new mine inspectors will commence work at regional centres across Queensland to help protect mine workers. With the new recruits, the ranks of the state’s coal and metalliferous mine and quarry inspectors has risen to 46. The recruits have strong mining engineer credentials and a combined 122 years of mining experience between them.

“The safety and the health of our 70,000 resource workers is paramount and our mine inspectors need to be close to where the mines are. Two out of three of our inspectors are in regional Queensland because that’s where most of the mines are,” Acting Mines Minister Mark Ryan said.

One of the new inspectors will begin work in Mt Isa on 3 February, with three others joining a regional team of inspectors in Mackay and Rockhampton. The recruits join a team of mine inspectors that serviced mines and quarries from Cape York in Far North Queensland to the south-east corner and west to the Northern Territory border.

“Our resources industry demands strong, contemporary skills from our inspectors to work with industry and workers to enhance safety. Having most of our inspectors in the regions gives workers and the industry more efficient access to our inspectors and more inspectors to help keep our mine and quarry works safe. That’s critical to implementing this government’s current and upcoming health and safety reforms,” Ryan said.

Those reforms include better detection and prevention of black lung; an improved safety net for affected workers; and increased maximum penalties and powers for the regulator powers to issue fines without going to court. The government has also made a commitment to tighter controls on mine dust levels and commenced a state-wide safety reset for mine and quarry workers to refocus on health and safety. This reset followed the death of a Queensland coalmine worker in July 2019.

The government has also contributed $35 million to deliver reforms to improve the safety and health of mine workers, with legislation to go to parliament in 2020 to make industrial manslaughter an offence, as it is in other Queensland workplaces. Parliament is also currently reviewing legislation that seeks to establish an independent resources health and safety authority. Two independent reviews to be tabled in the first 2020 sitting of parliament could also lead to further reforms.

Cosmax NBT Australia has been fined $40,000 after an employee's hand was caught and dragged...

A review into all fatal accidents in Queensland mines and quarries from 2000 to 2019 has been...

Endress+Hauser on course for growth