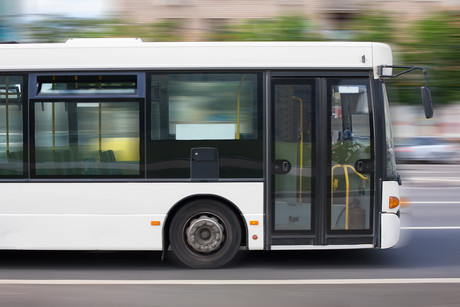 The Northern Territory’s (NT) largest bus operator has been charged with six offences, each carrying a maximum penalty of $1,500,000, after one of its drivers was pinned and killed in a 2017 bus rollaway incident. According to NT WorkSafe, which filed the charges, the 59-year-old Buslink NT employee noticed the bus rolling forward while walking to the Humpty Doo Hotel on a lunch break, scheduled as part of a day trip for cruise passengers. She ran back to open the bus door to engage the interlocking braking system and fell forward into its path while trying to reach the door switch.

After investigating the incident, the regulator found Buslink NT had failed to implement adequate control measures to manage bus rollaway, despite “numerous safety reports” in the Australian bus industry addressing the issue. The regulator believes this failure “not only contributed to the death of [Buslink NT’s] worker” but could also have placed the bus’s passengers and nearby pedestrians’ health and safety at risk.

NT WorkSafe said they will allege that Buslink NT failed in its health and safety duty to its worker, passengers and nearby pedestrians under section 19 of the Work Health and Safety (National Uniform Legislation) Act 2011 by failing to provide and maintain: a safe work environment without risks to health and safety, safe plant or safe system of work. NT WorkSafe said all six offences have been charged under section 32 of the Act for failing to comply with a health and safety duty. The matter is listed for mention in Darwin Local Court on Tuesday, 19 November 2019.

A self-employed builder died after falling approximately three metres on 4 May 2020 at a...

New COVID-19 industry resources include: for accommodation services and tertiary education, from...