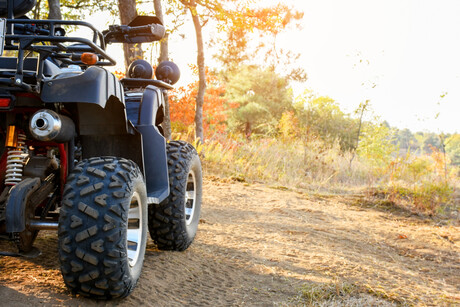 A new mandatory safety standard for quad bikes will come into effect nationally from October 2020. The Australian Competition and Consumer Commission (ACCC) revealed that quad bike-related fatalities have almost doubled in 2020, from eight deaths in 2019 to 14 in 2020, including three children. Since 2011, 150 people have died from quad bike-related accidents, including 23 children. Across Australia, six people present to hospital each day with quad bike-related injuries.

The ACCC notes that the quad bike’s design is such that it requires significant coordination, strength, judgement and experience for safe operation. Most injuries and fatalities occur when the quad bike rolls over, and without an operator protection device (OPD), people are crushed or pinned underneath the vehicle. To help protect quad bike users, a mandatory safety standard has been introduced under the Australian Consumer Law: the Consumer Goods (Quad Bikes) Safety Standard 2019. The standard will be introduced in two stages.

ACCC Deputy Chair Mick Keogh acknowledged that while quad bikes are an important part of rural life, the ongoing fatalities and serious injuries are concerning, highlighting the importance of this new safety standard. “For many years, manufacturers have been claiming rider behaviour is the major reason for the number of deaths and injuries,” Keogh said. “Their aim has been to shift the focus away from the unsafe design of quad bikes. The truth of the matter is, the inherent instability of quad bikes causes them to frequently roll over. It has been reported that at least eight of the fatalities so far this year involved rollovers, with four of them resulting in crush injuries.”

Research from the University of New South Wales revealed that almost half of quad bike accidents involved riders who had 20 or more years of experience operating them, while less than 2% of accidents involved an operator with less than three years’ experience. Keogh warned that misinformation and scare campaigns from groups opposed to the new safety standard have increased ahead of 11 October.

“Top of the list is the suggestion that because some quad bike manufacturers have threatened to stop selling in Australia due to the new safety requirements, farmers will lose a critical piece of farm machinery. If a manufacturer withdraws from Australia, others will willingly step in to provide the safer quad bikes,” Keogh said.

While it is important to always ride safely, it is believed that the new safety measures will help reduce deaths, as they are designed to reduce the frequency and impact of quad bike rollovers. Keogh also noted that federal and state governments have spent significant money on education campaigns, training, rebate schemes, with Honda and Yamaha providing accredited training courses. Despite this, quad bike fatalities continue to occur, thus indicating that education and training alone is not an adequate long-term solution.

“We’ve also heard nonsense claims that improved quad bike stability and rollover protection devices, as required under the safety standard, will increase fatalities as riders will have a false sense of security. If this argument was applied to the design of cars, none of the modern safety features would be available, and the nearly 70% decline in road fatalities since the mid-1970s would not have occurred,” Keogh said.

The ACCC has also produced two videos to help consumers and suppliers understand the new safety standard ahead of its introduction. The first video, shot in country Victoria, shows how easily a quad bike can tip over and trap its rider, to remind consumers about the risks of riding quad bikes and inform them about what to look for when purchasing a quad bike. A second video shows what suppliers must do to comply with the new standard.

Keogh has encouraged farmers and their families to watch the videos, to familiarise themselves with the standard, be safe when using quad bikes and protect the lives of loved ones. “Safety is everyone’s responsibility, and it is crucial that people continue to wear helmets and the appropriate safety gear, do all the necessary training and do not let children ride adult quad bikes,” Keogh said.

Workers in Queensland and South Australia are now eligible for the 'Pandemic Leave Disaster...

The ACMA to open applications for 5G mmWave spectrum