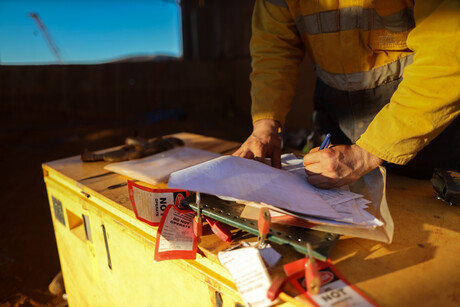 A Coroners Court of Queensland inquest into the death of mineworker Paul Thomas McGuire at Anglo American’s Grasstree coalmine near Middlemount, Queensland, has underscored the importance of ensuring managers are held accountable for upholding rigorous safety standards in mines. Coroner David O’Connell delivered the findings on 22 May, which included a recommendation that the Department of Natural Resources, Mines and Energy consider possible legal action against an individual manager at the mine. Coroner O’Connell also found that the mine’s record keeping was “grossly deficient”.

“I have no hesitation in saying, and I find, that the mine’s record keeping, particularly the updating or acting upon received information which required change, was grossly deficient,” Coroner O’Connell wrote in his findings. “This aspect directly led to the situation where Mr McGuire was issued a work order or job card on 6 May 2014 with patently incorrect information (and information that if persons were diligent could have been avoided).”

McGuire died from methane exposure after opening the hatch to a sealed room in the ‘GOAF’ area of the underground mine — an area that has been previously mined for coal but has since been sealed off. Coroner O’Connell found McGuire had been sent to the area due to errors in the mine’s job card system, which had not been kept up to date. “What is abundantly clear is that the poor checking or failure of adequate checking of the completed job cards [...], with inaction to update the system, was at the heart of where the process broke down and directly led to Mr McGuire’s death,” Coroner O’Connell found.

The union — CFMEU Mining and Energy — welcomed the findings. “The Coronial Inquest has not only resolved questions about how Paul McGuire died, it has exposed a culture of poor record-keeping in regard to safety issues,” CFMEU Mining and Energy Queensland President Stephen Smyth said. “The Coroner found that a failure to provide accurate information to Mr McGuire directly led to his death.

“Too many workers like Paul McGuire have lost their lives in Queensland mines — we must do everything possible to stop these tragedies from happening in the future,” Smyth added. Coroner O’Connell’s findings were released in the same week as new, expanded industrial manslaughter laws were passed by the Queensland Parliament (on 20 May). These new laws mean that mining executives now face up to 20 years’ jail if Queensland mine and quarry workers die because of their criminal negligence.

A copy of Coroner O’Connell’s findings, titled ‘Inquest into the death of Paul Thomas McGuire’, is available here.

From 1 July, the workplace exposure standard for respirable crystalline silica reduced by half in...

Until 23 September, Western Australia's Commission for Occupational Safety and Health is...

The new and independent WorkSafe ACT has commenced operations, and will function as an...

Plan for 'world-leading' clean hydrogen plant in the UK