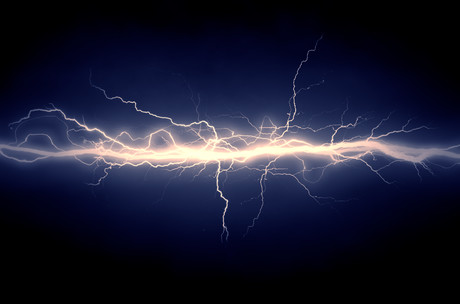 A Queensland billboard company has received a hefty fine as a result of one of its workers being electrocuted.

The company was fined $250,000 after a worker received an electric shock from a powerline that the company knew was a hazard, as it sat within the three-metre exclusion zone required under state law.

In 2016, a worker got an electric shock when his three-metre-long aluminium sail track contacted a 33 kV overhead powerline during a skin change on an advertising sign, the top corner of which was only 2.6 m away from the powerline.

Acting Magistrate Ron Muirhead, who headed the court proceedings, said that The Paradise Outdoor Building Company could have eliminated the risk of electric shock in several ways, including contacting Ergon Energy and asking them to de-energise or move the powerline, but made no effort to do so. This is despite the cost being relatively minor, particularly in comparison to the risk involved, according to Workplace Health and Safety Queensland.

Additionally, workers only received limited training on exclusion zones and the importance of staying at least three metres away from this type of powerline, according to the Electrical Safety Office (ESO), which investigated the incident.

As a result, the company was found guilty of breaching the Electrical Safety Act 2002.

ESO head Victoria Thomson said the breach of safety laws came despite the company being aware of its duty to its workers and several well-publicised prosecutions for electrical incidents in the past, some involving billboard workers.

“Ergon Energy actively encourages businesses to call for advice if there are concerns powerlines could pose a threat to their workers and specifically urges billboard companies to respect the three-metre exclusion zone,” Thomson said.

“In this instance, the hazard could have been negated if The Paradise Outdoor Building Company had asked Ergon Energy to raise the overhead powerline or ensured neither its workers nor their equipment came within the powerline’s exclusion zone.

“After the incident, the company paid $4500 to have a higher pole installed, lifting the powerline three metres higher — this could have been done much earlier.”

This was considered during sentencing, along with the company’s lack of prior convictions, cooperation with the investigation and assistance to the worker in relation to medical treatment.

The company was ordered to pay costs of $7475.38 on top of the fine. The conviction was not recorded; however, the defendant has appealed the conviction.

A recent study has found that two-thirds of Australians are worried about their own and...

Workers in NSW can now speak up, save lives with new app

SafeWork NSW has launched an app that enables workers to anonymously report workplace health and...

Essential frontline health workers must be given time to recover after each shift caring for...

Manufacturers to spend US$19.8 billion on analytics by 2026

Should tomatoes be kept in the fridge?

Technologies that could transform our food systems