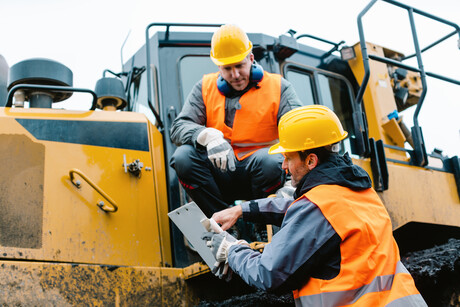 Research from Edith Cowan University (ECU) has identified some key causes of workplace fatalities in the Western Australian mining and resources sector, which could help companies reduce the number of workers injured on the job. The research was conducted in two phases; first, researchers surveyed more than 2000 mining company employees from 2017–2019 to gain their perceptions of workplace safety and injury risk, using a questionnaire based on Professor Michael Quinlan’s 2014 book, ‘Ten Pathways to Death and Disaster’, which outlines common risk factors for catastrophic work incidents. Researchers then compared the questionnaire results to actual workplace fatalities to see if the way people perceived the injury risk at their workplace aligned with the results of the incidents.

The study identified four of Quinlan’s pathways that were regularly associated with WA mining deaths and were therefore a priority for action. These included Pathway One (Design, engineering, technical and maintenance flaws), Pathway Four (Failures in safety management systems), Pathway Five (Failure in auditing) and Pathway Nine (Poor management — worker communication and trust). ECU PhD candidate Tanya Jenke said the study could serve as a blueprint for mining companies to make their workplaces as safe as possible; Jenke added that it could also be used as a self-audit tool or an internal company assessment to benchmark against the findings published in the study. “We aimed to assist the West Australian mining industry in learning from past fatalities and to provide direction for controlling fatality risks in the future. The simplicity of the Ten Pathways makes them a valuable risk communication tool, and could readily be used to commence discussions, for example at safety meetings, or implemented in a reporting tool to allow companies to learn about safety matters more effectively,” Jenke said.

In most cases, survey respondents with leadership roles, such as superintendents and managers, scored their organisation’s performance higher than employees in frontline positions. Jenke said this suggested communication and cultural issues, which could have serious ramifications. “It highlights potentially dangerous gaps between employee expectations of management — such as prioritising worker safety — and reality. Additionally, those in leadership roles perceived a better worker relationship compared to employees in the front line. Mining organisations need to ensure systems and processes are in place to foster a collaborative and transparent work environment,” Jenke said.

The study also revealed differences in responses from those based in Perth and workers in other regions of WA, with regional respondents attributing lower scores than their city-based counterparts. Jenke said this could indicate a disconnect between the operating site and the head office, or illustrate a difference between work as planned by the corporate office, and work as done by the operations. Although the study details how mining companies should prioritise safety, Jenke said organisations should address all 10 pathways, as they were developed from fatalities, adding that while some pathways did not appear in any WA mining fatality reports, it was likely due to how incidents were reported. Jenke suggests that this may be a result of data on these pathways not being captured as part of the Fatality Register assessment, and that they are contributing to fatalities. “Given that four pathways were most prominent in the DMIRS Fatalities Register and the remaining six were not, it is argued the type of information required for reporting does not require an organisation to publicly address all 10 pathways. It is recommended that reporting include a mechanism for addressing all 10 pathways, so that other organisations can effectively learn from past fatal incidents,” Jenke said.

More research is being carried out to look at employees’ perceptions of their organisations; those looking to take part in the project can complete an online survey, which will provide access to Jenke’s full paper.

Decarbonising the regions, one mine at a time

$18K in fines for Perth co and electrician

New Directors appointed to AUSVEG Board