Why truck driving is one of Australia’s deadliest jobs 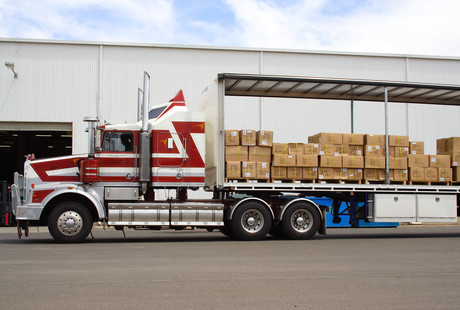 A Macquarie University research report has revealed the major reasons why truck driving is one of Australia’s deadliest jobs. Safety risks encountered by drivers include long hours, pressure to drive unsafe schedules and feeling unable to raise concerns without placing their jobs in jeopardy.

The report, which was launched at a safety summit organised by the Transport Workers’ Union, is critical of the lack of training and the gap left by the government’s abolition of the Road Safety Remuneration Tribunal.

“The research highlights a complex mix of regulation. It points to the importance of increasing enforcement and sanctions, particularly to ensure safety for those at the bottom of the supply chain including employees, owner drivers and others,” said Associate Professor Louise Thornthwaite from Macquarie University.

“This study highlights a ‘blame the victim’ culture, and calls for those at the top of the chain of responsibility to be held accountable for safety.”

A survey of truck drivers, which forms part of the report, shows that:

“This report showcases a supply chain which puts all the pressure on drivers at the bottom and none of the accountability on the top — the wealthy retailers and manufacturers,” said TWU National Secretary Tony Sheldon.

“It shows how this supply chain pits transport operators, which prioritise safety and employ experienced, trained drivers, against operators which cut corners and force drivers to take risks.”

According to one driver, rates and payment times have slipped since the government abolished the tribunal last April, making the job even more dangerous.

“Things are going backwards and the pressure on drivers is growing. The government can’t be surprised at the high number of deaths and injuries on the roads,” said truck driver Frank Black.

A Safe Work Australia report in July 2015 showed that 31% of employers say workers ignore safety rules to get the job done, while 20% accept dangerous behaviour. In addition, 20% of transport industry employers break safety rules to meet deadlines — this compares with just 6% of employers in other industries.

“This research shows there are safe and unsafe workplaces in the transport industry and highlights how and why they coexist,” said Dr Sharron O’Neill of UNSW, co-author of the report.

“The study takes a big-picture look at the complex web of risk factors driving the unacceptably high rate of fatality and injury to road transport workers. It also highlights the very different degrees to which drivers experience safety at work.”

In 2016, Safe Work Australia showed that one out of every three workplace deaths involved a transport worker.1

“Prime Minister Malcolm Turnbull has to take responsibility for contributing to this situation when he tore down the tribunal and turned his back on a solution to this crisis,” said Sheldon.

Reports released by the federal government during April 2016 acknowledged the link between safety and the pay rates of drivers. One report also showed that a system of safe rates, where drivers are paid minimum rates for all their work, would cut truck crashes by 28%.2

Safe Work Australia has released a new report on the most common type of work-related injury in...