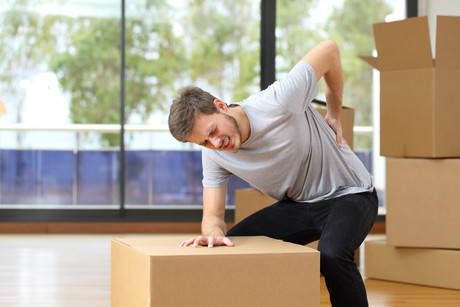 Work-related musculoskeletal disorders (WMSDs) accounted for 55% of all serious workers compensation claims in 2015–16, making them the most common type of work-related injury in Australia. In December 2019, Safe Work Australia released a report into WMSDs that is designed to be a comprehensive and authoritative resource on the subject. It includes an outline of extant knowledge of WMSD risk factors and hazards (psychosocial included), a review of workplace interventions both locally and internationally, and also draws together key statistics on the incidence and impact of WMSDs. We trace its key findings and recommendations.

Musculoskeletal disorders (MSDs) include a range of inflammatory and degenerative conditions that affect joints, ligaments, muscles, peripheral nerves, supporting blood vessels and tendons, and account for the majority of workers compensation costs. The report’s goals are in line with the mid-term review of the Australian Work Health and Safety Strategy 2012–2022, which identifies WMSD as a “priority disorder”. MSDs are prevalent in the Australian population, affecting 6.9 million people in 2014–15. Within the general population, these disorders accounted for 12% of Australia’s total burden of disease and injury, and 23% of the non-fatal burden. These figures mean that MSDs rank second in terms of their impact — after mental health and substance use disorders.

In the workplace, WMSDs continue to be a leading work health and safety (WHS) issue, with a cost that in 2012–13 totalled more than $24 billion, with older workers being more prone to these disorders. The report states that while WMSDs can result from a single event, they more commonly arise from “cumulative exposure to one or more hazards over an extended period”. Despite this, it is also noted that a tendency remains to attempt to pinpoint an exact event that may have triggered the injury. This is in part due to, the report claims, workers compensation systems that often require the identification and date of a particular ‘causative incident’. The significance of this being that in cases where WMSDs were in fact the result of cumulative exposure (which accounts for the majority of cases), misdiagnosis or omission of the relevant hazards is possible, which can also lead to the development of control measures that are “not appropriately targeted”, according to the report.

The report advises that significant changes in practice are required in order to combat the above conditions. Most importantly, there is a call in the report for “a shift in emphasis from single-focus strategies aimed at changing behaviour, such as lifting techniques, to more comprehensive approaches which take into account all aspects of an individual’s work”. The report therefore advocates the adoption of “a more holistic systems-based approach” to the management of WMSDs, as is supported by extant research. The report also notes that continuing to adopt a “linear, hazard-based approach” to WMSDs will mean that a substantial reduction of the problem will remain out of reach, as such an approach does not account for the complexity of the issue.

The report, titled ‘Work-related musculoskeletal disorders in Australia’, was prepared by Associate Professor Jodi Oakman, Dr Rwth Stuckey and Dr Sam Clune at La Trobe University’s Centre for Ergonomics and Human Factors. It ends with perspectives from 20 Australian stakeholders; made up of eight state regulators, nine WHS consultants and three industry association representations, these stakeholders participated in semi-structured interviews that provide a context of WMSD interventions across the country.

A copy of the report is available here.

A JBM Logistics truck was driving down an empty country road in regional Australia, when a...